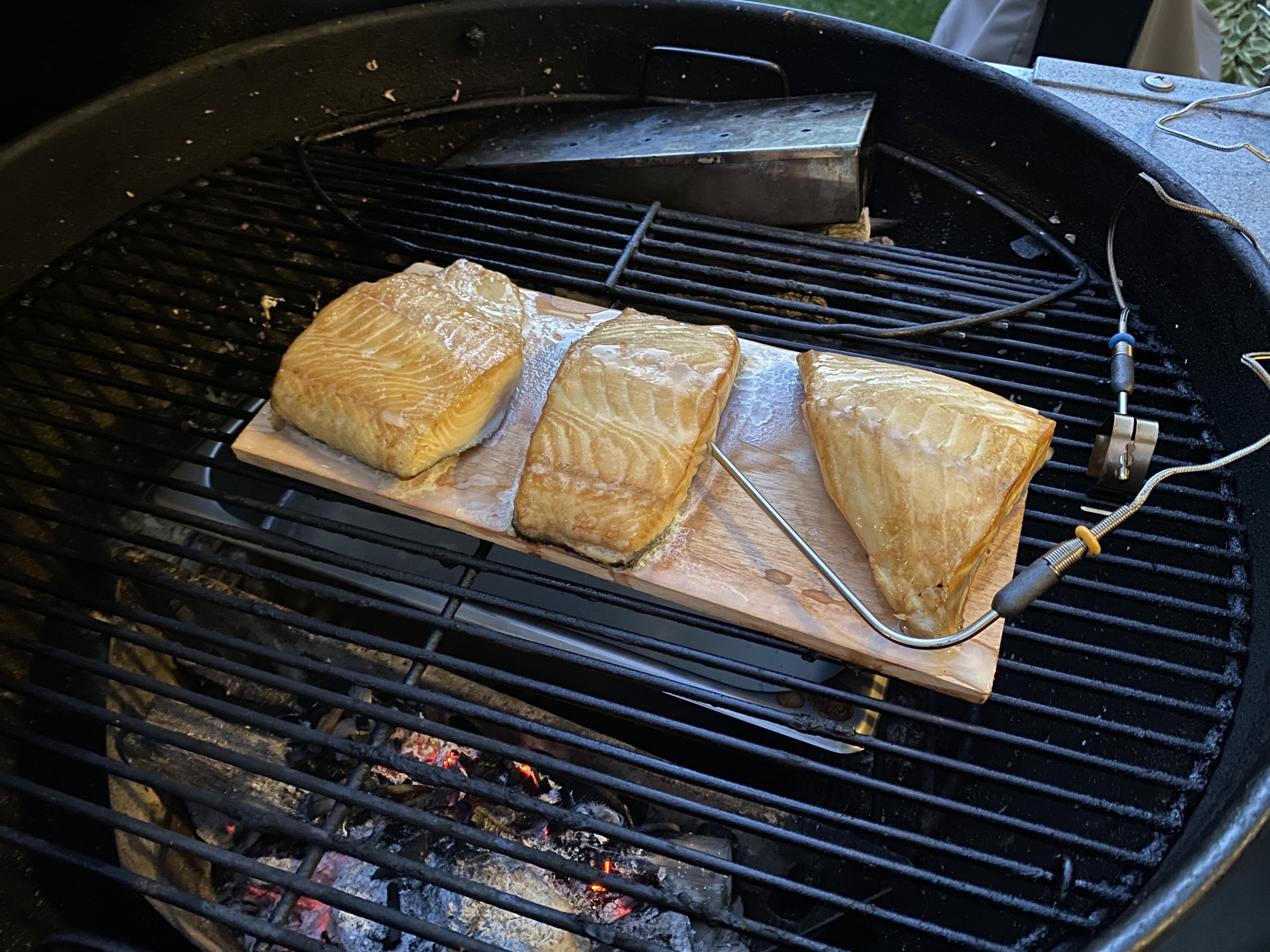 The first time I tried using Billows to try to control the temperature, the coals were initially too hot and then the fire almost went out. Today I'm going to smoke Sablefish which should only take an hour or so, but I'm going to try to start an hour early to see if I can get the temperature to be stable.

So I failed again. I used only ¾ of a chimney of charcoal, but it was still too hot and didn't get below the setpoint of 225ºF until the very end - not enough time to test Billows.

Have to test again. Maybe I'll try making a pork shoulder this weekend - that should be enough time to test it.