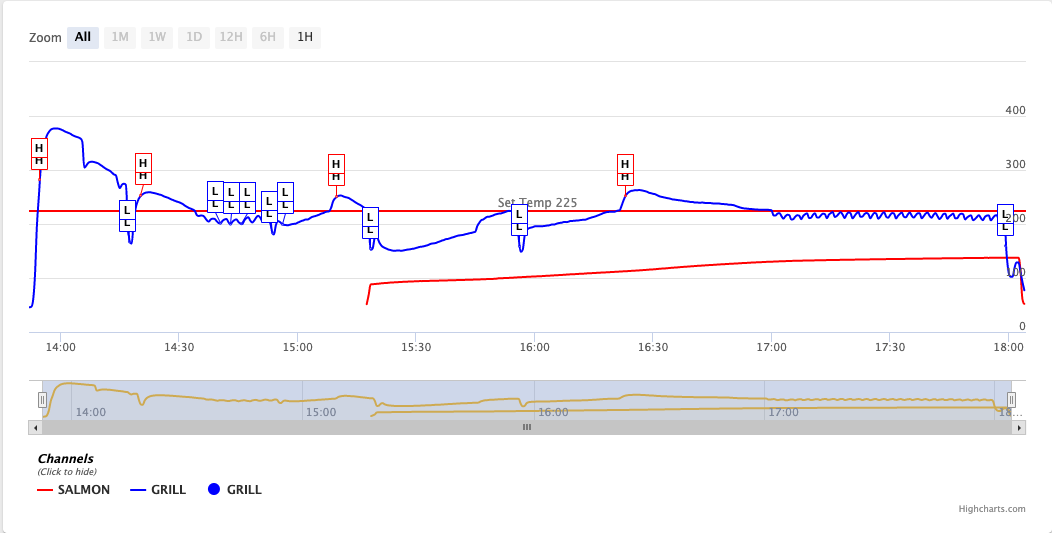 The temperature stayed mostly in my target window thanks to Billows.

Billows attached to my Weber grill.

So far, I had yet to use Billows effectively to manage the temperature of my grill. The Billows fan connects to a thermometer with a probe on the grill and regulates airflow into the grill. The airflow manages the burning of the coals and theoretically keeps the temperature at my set point. In the past, my starting temperature was too high so it didn't get into the target window until very late in my session and it seems like when the temperature went into free-fall, the billows couldn't catch it in time to keep the fire from going out.

This time, I used a bit less charcoal and closed all of the vents from the beginning.

I'm happy to say that although the temperature, again, was a bit high at the beginning, it quickly entered my target window of 225ºF +/- 25ºF and staying mostly in that window for the whole 3 hours.

Bichotan with ice in vat.

Prepped and ready to go.

I used a billows fan controlled by a ThermoWorks Signals thermometer. I ended up with an internal temperature of 125ºF - 145ºF depending on how close the fish was to the coals. Next time I will move the fish part way through the smoking.