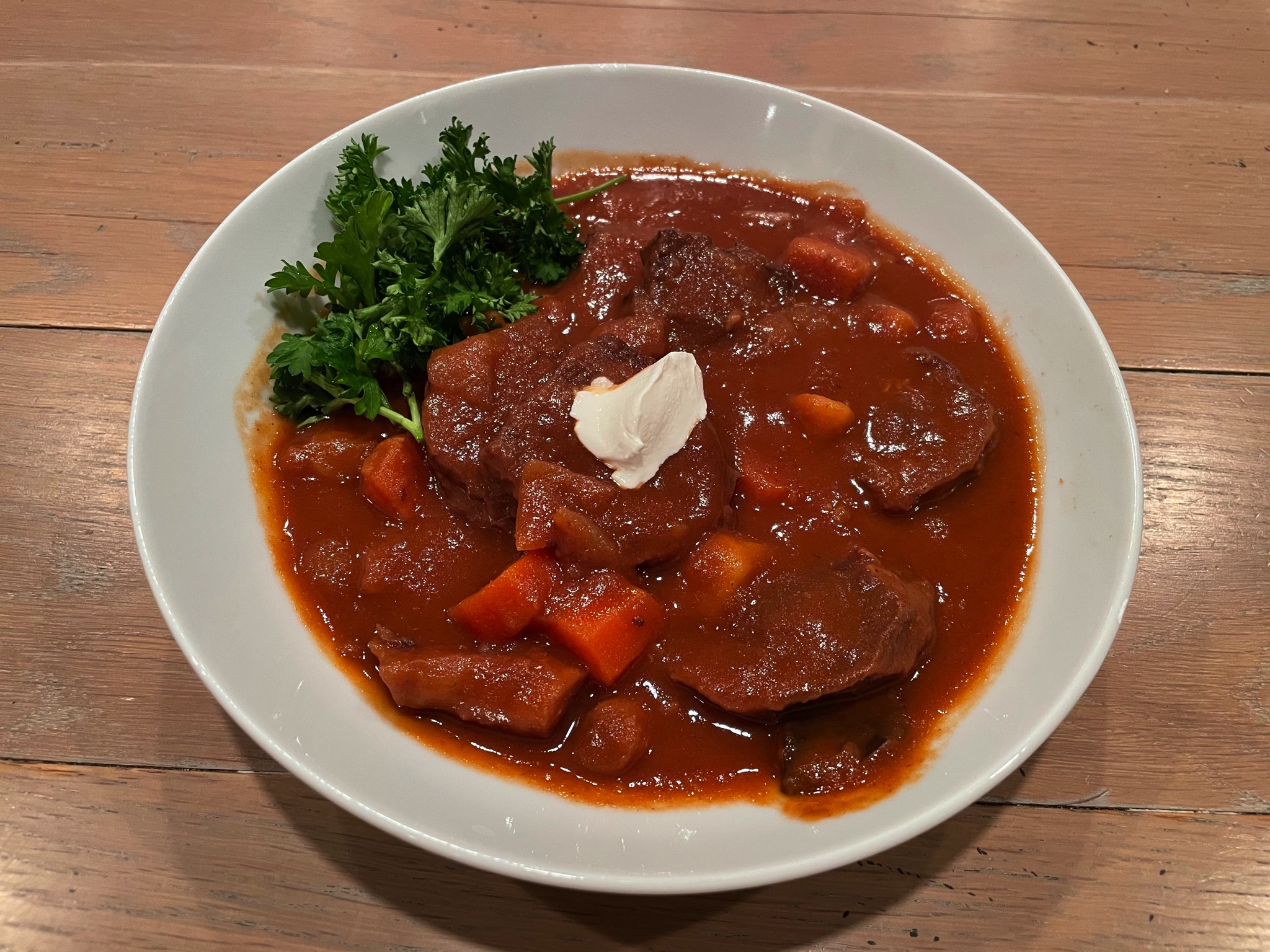 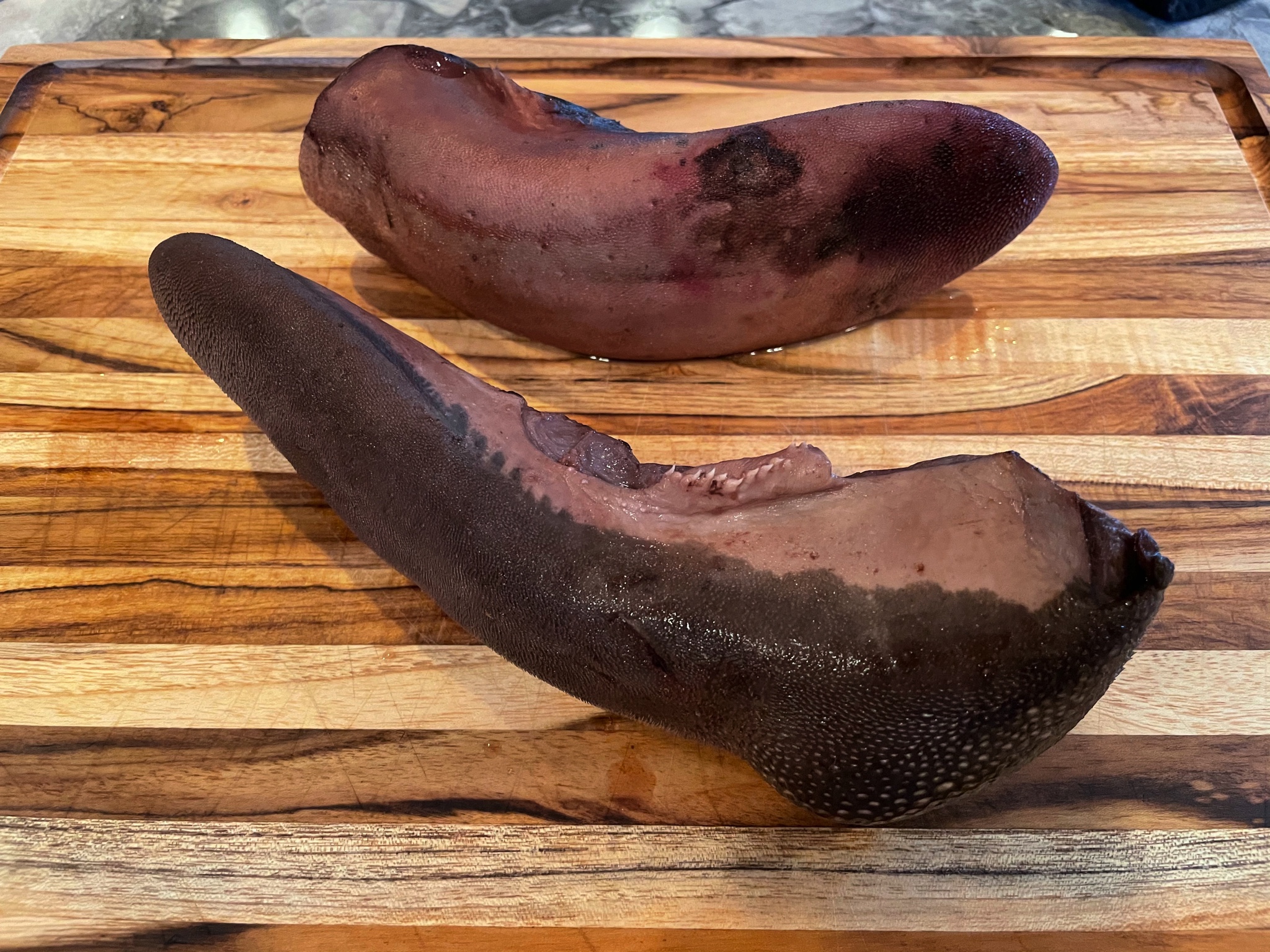 We had bought a few frozen beef tongue awhile ago and I decided to take a shot at stewing them. I've never made stewed beef tongue before. I looked at various recipes and talked to Mizuka and we decided to make a Japanese-style stew. I took a page out of my exploration of beef stroganoff and added tomato paste and Worcestershire sauce with roux to get the traditional Japanese, thick and somewhat orange look. I also read to add the tomato later in the process so it doesn't get over stewed, because it would turn blackish and lose the tomato tangy taste.

Most recipes called for stewing at a simmer for 3-4 hours. I decided to go slow and low in the oven at 225ºF to see if I could get maximum tender.

One side-effect was that while most recipes said that the skin should come off easily after a few hours, four hours in, the skin still was stuck pretty tightly to the tongue so I used a paring knife to peel it off so I could get it seared.

I had some oxtail jus left over from the prime rib so I decided to use that too.

It took MUCH longer than I expected - over 24 hours. Because I didn't want to leave it in the oven overnight, I moved it to my Instant Pot and set it to low on the slow cook mode.

It was "pretty good" but not great. I'm not positive what to do next. 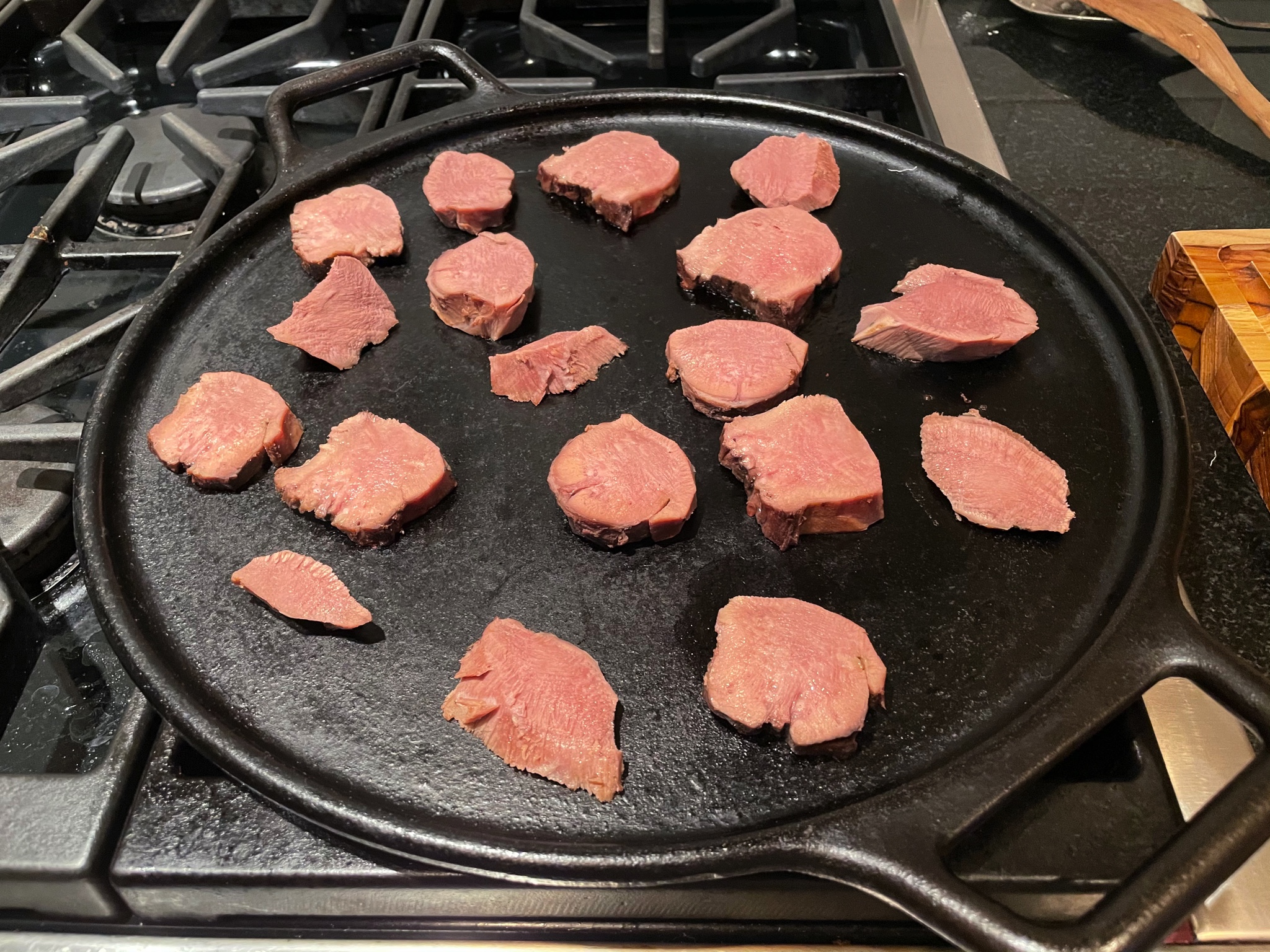 Tateki told me that I should put honey on the tongue before searing. I might try that.

I might also try to go a little hotter and faster and complete it in 4 hours.

Also, I think the tongue that we used were sort of small and maybe a little low on fat. I might look for a different source.