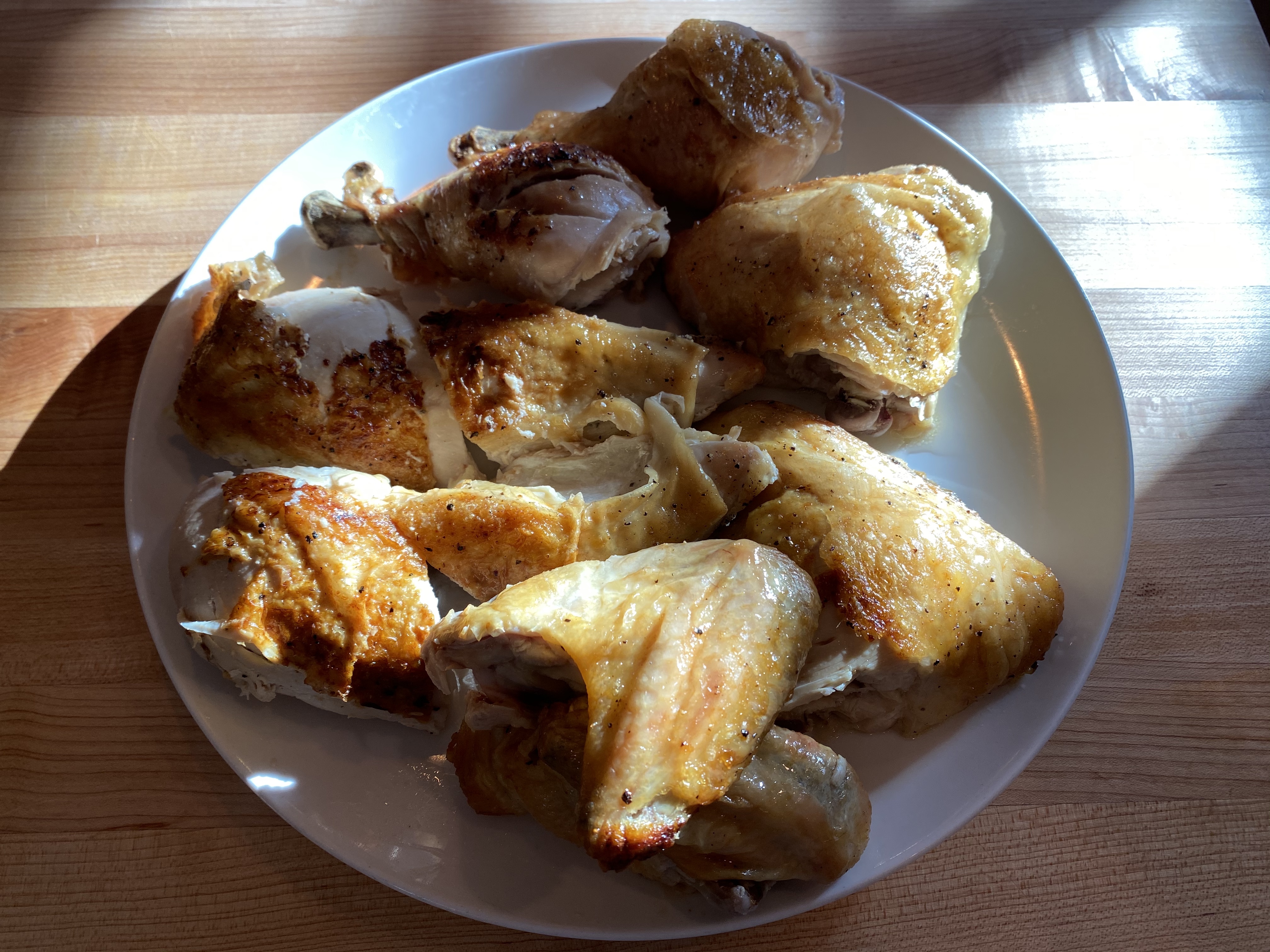 Inspired by both The Food Lab and Salt Fat Acid Heat, I decided to make Spatchcocked Chicken which is described along with a recipe in both books. 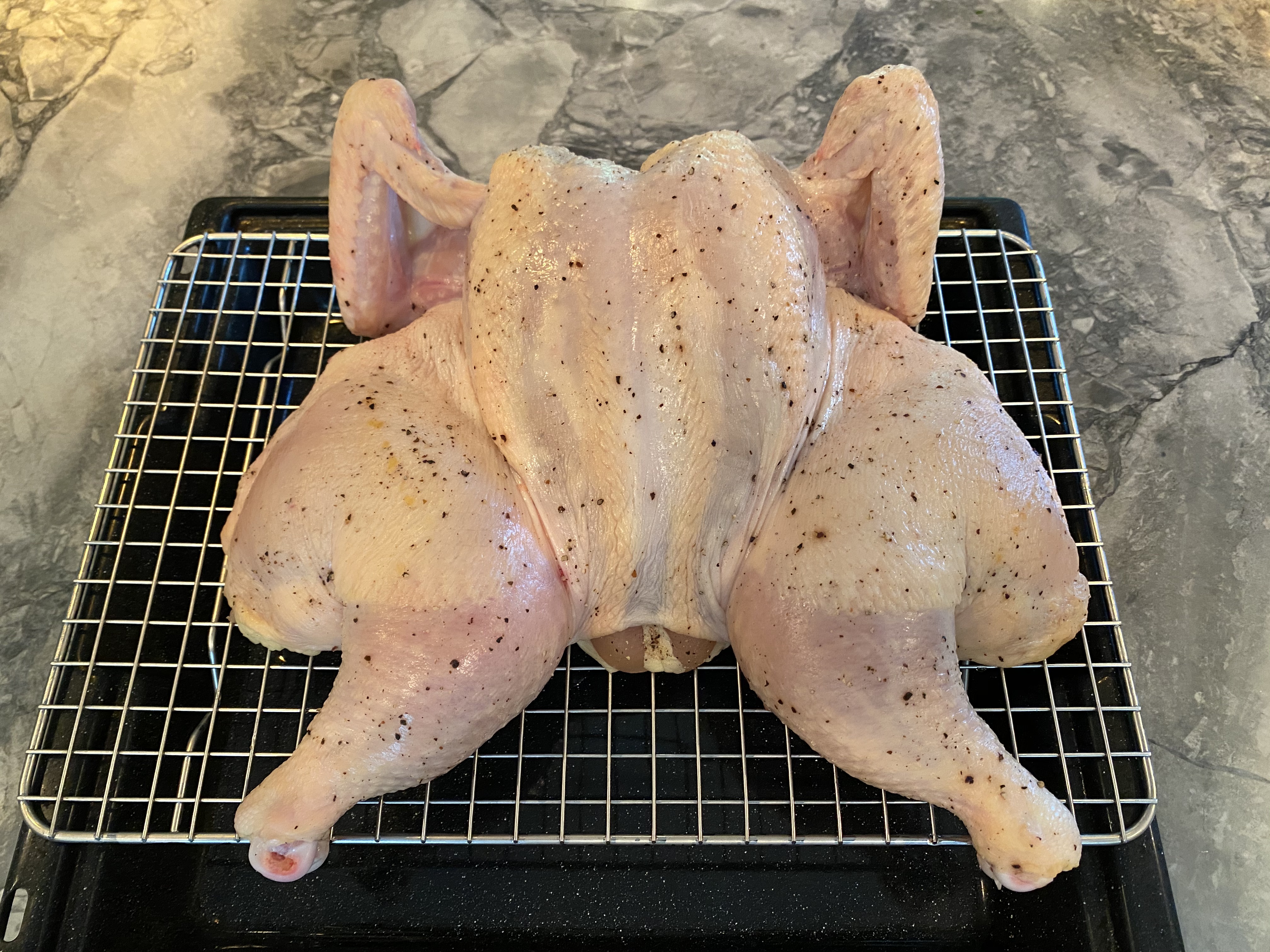 The flattening or "spatchcocking" was described similarly in both books and involves cutting out the spine and saving it for stock in the future. Then pressing the bird down until it is flat.

I took the dry brining seriously as Nosrat pushes us to. I covered the chicken with a healthy amount of salt and pepper the day before. Per The Food Lab, I used my fingers to get under the chicken skin on the breast and salt and peppered under the skin as well. I put the bird on a rack and stuck it in the fridge overnight. I stuck the wing tips into the breast area to help it "splay" but cut the wing tips off and froze with the spine for the stock when I took the bird out for the cooking.

Used Nosrat's idea of searing the bird in a skillet. I had a big bird - 6 lbs - so it only fit on the 14 inch Lodge skillet that I had. I put a thin film of oil on the skillet and seared the breast side for 6 min. I then "flipped the bird" and stuck it in the oven. 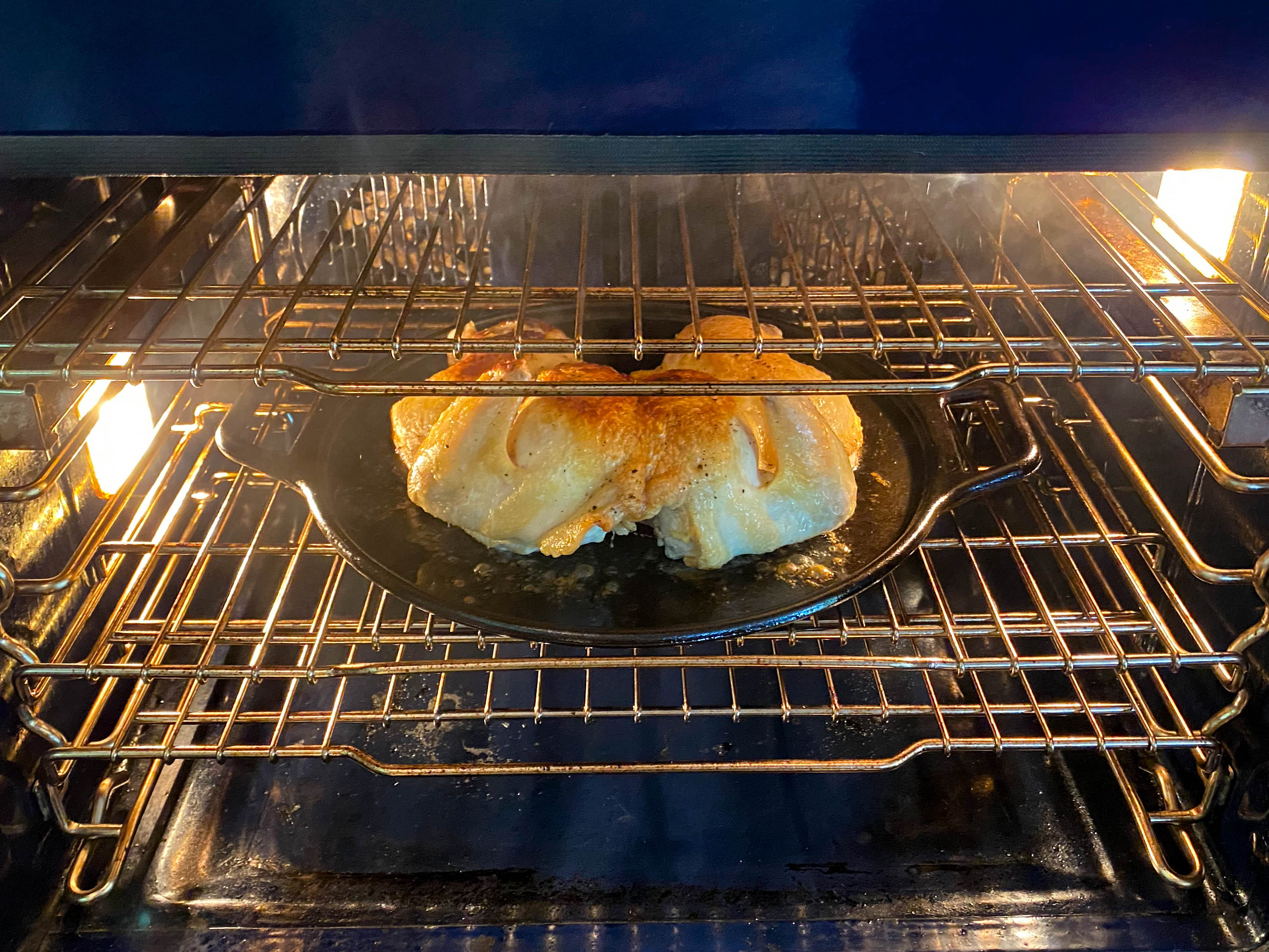 I set it to 425ºF which was Nosrat's temperature. In The Food Lab, Kenji goes with 450ºF but since it was a bigger bird, I thought that maybe going slower was better. For instance, roast turkey is usually done at a much lower temperature and it makes sense - to not burn the outside while the center of the bird gets heated. 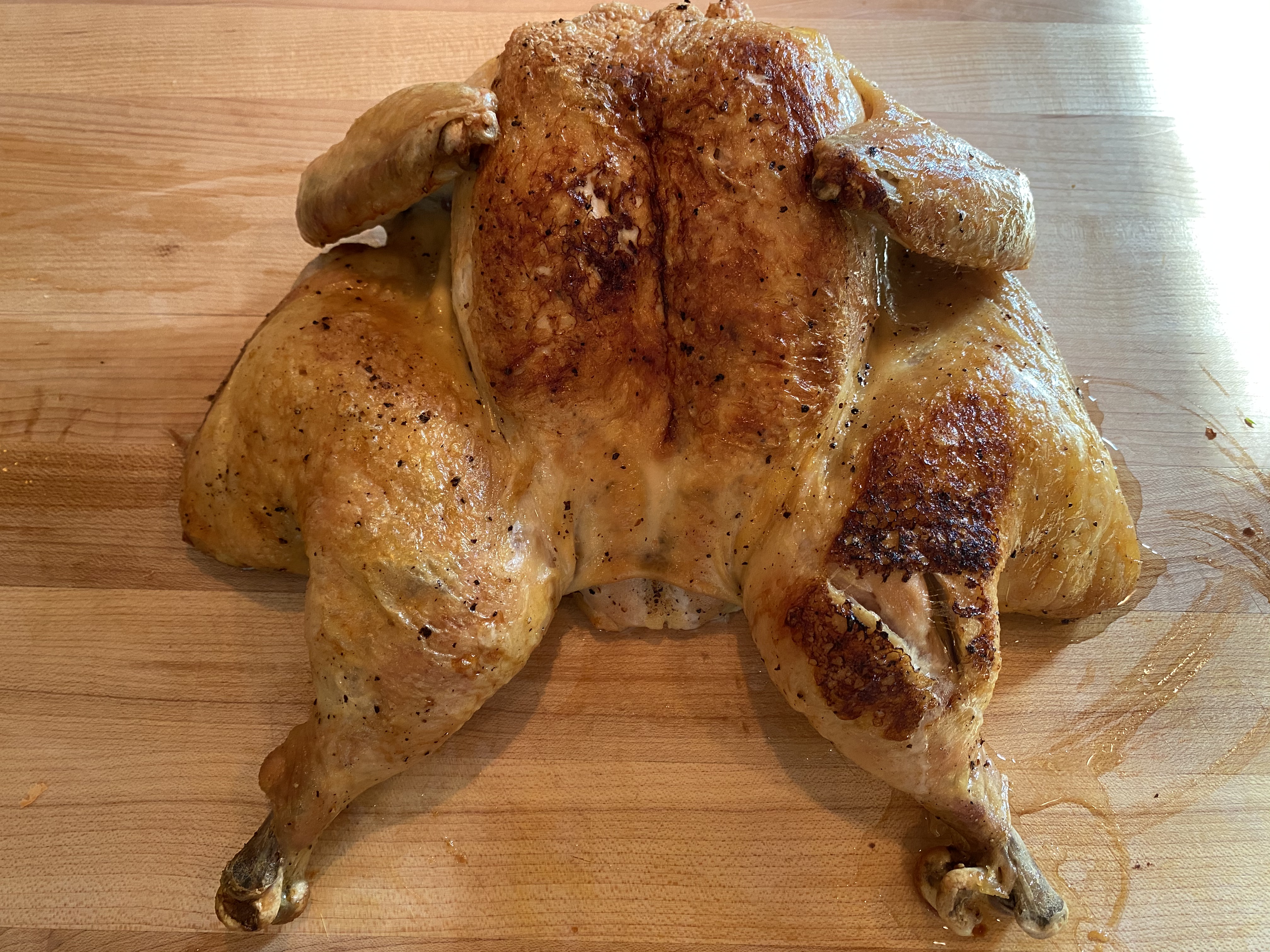 Both Nosrat and Kenji's recipe said 45 min for a 3 lb bird at 425ºF and 450ºF (although Kenji didn't have the searing step). I thought it would take much longer so I left it for 45 min turning it half way though per Nosrat. I was surprised that after 45 min, I was 10º past my target of 145ºF for the breast and 160ºF for the joints! Ah well, I'll measure earlier next time.

But the chicken came out juicy and crisp. It was very flavorful with even only salt and pepper from the brining.