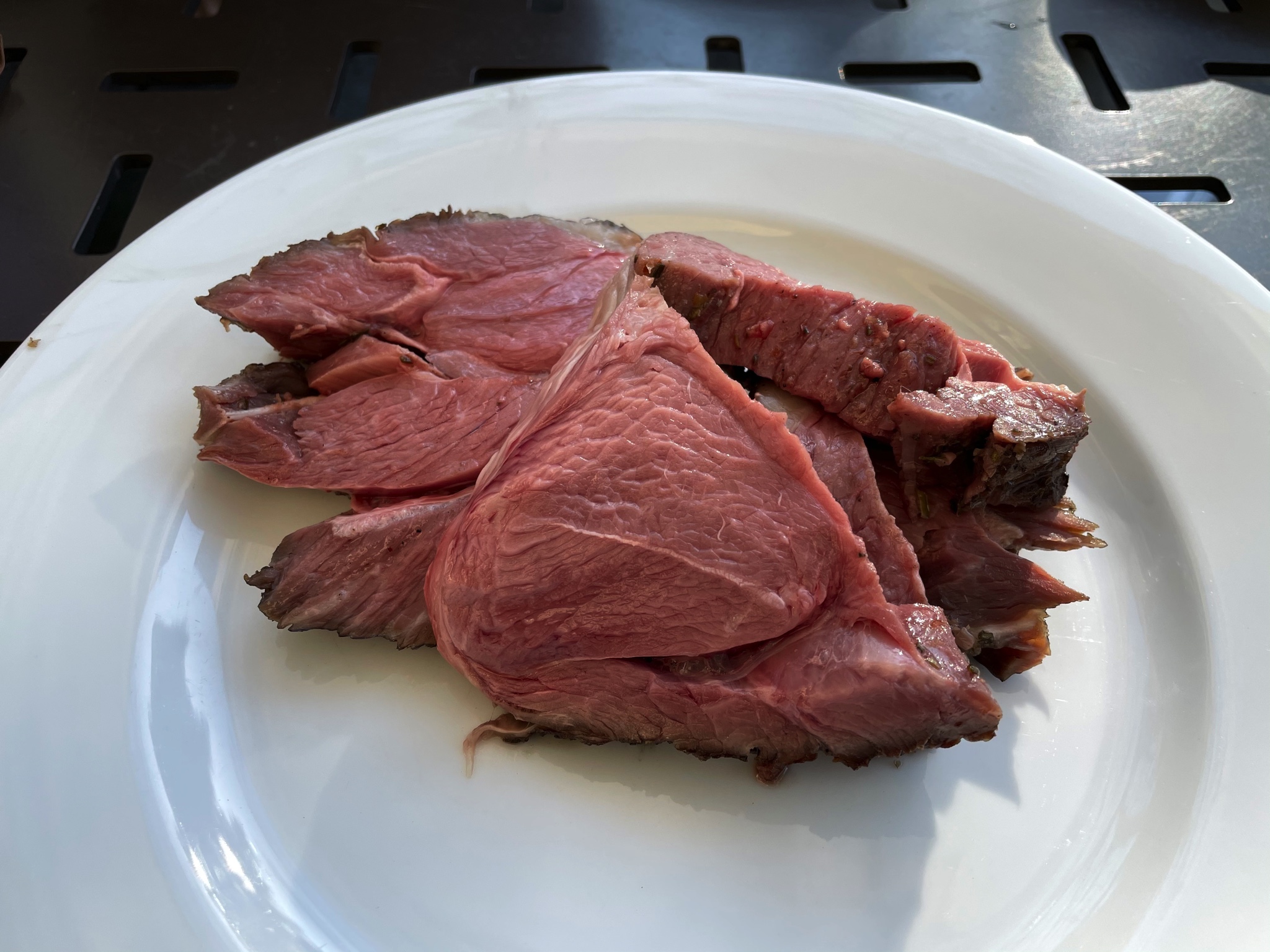 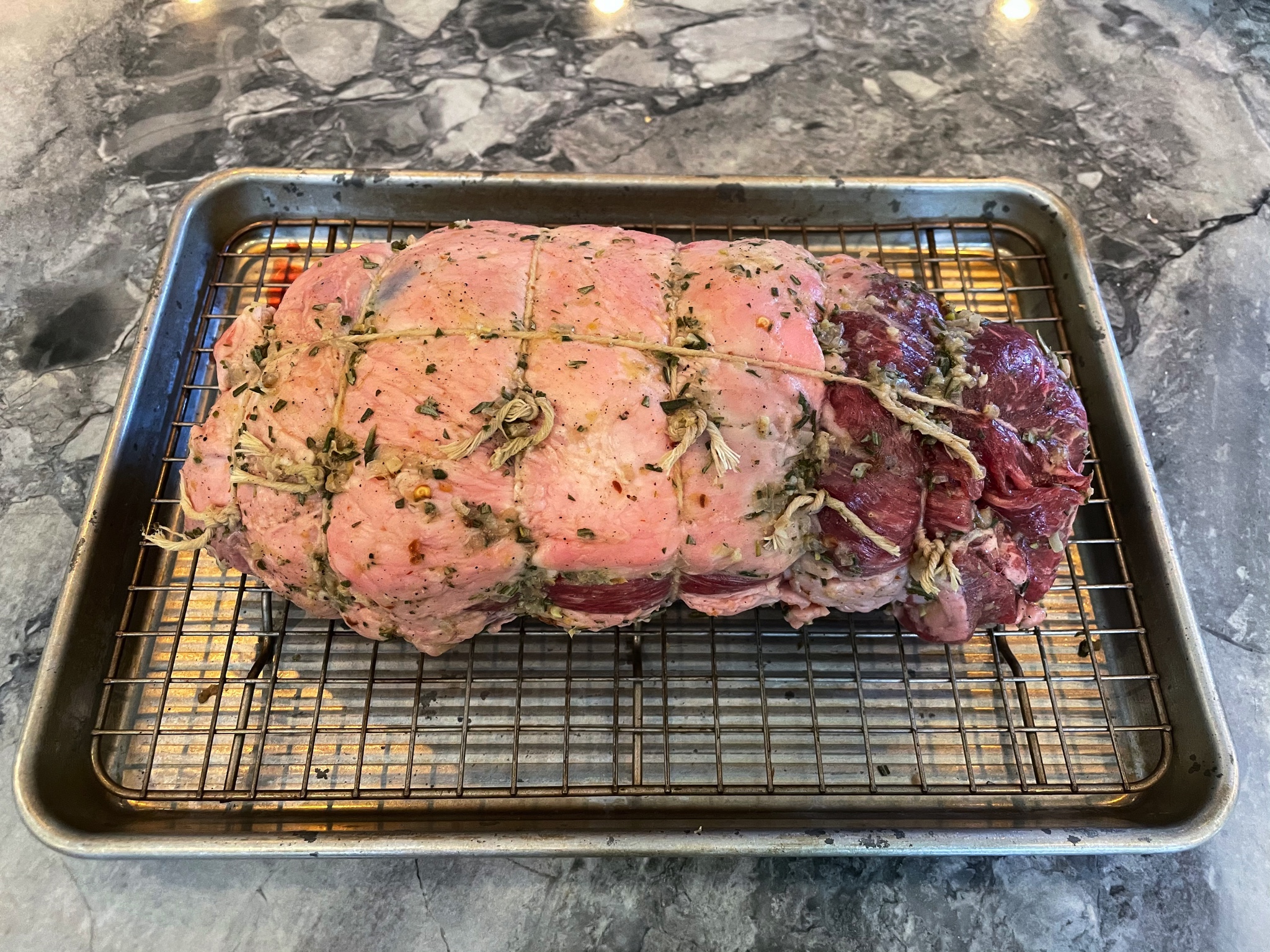 I used the serious eats recipe for the rub for the lamb and allowed it to dry-brine overnight. 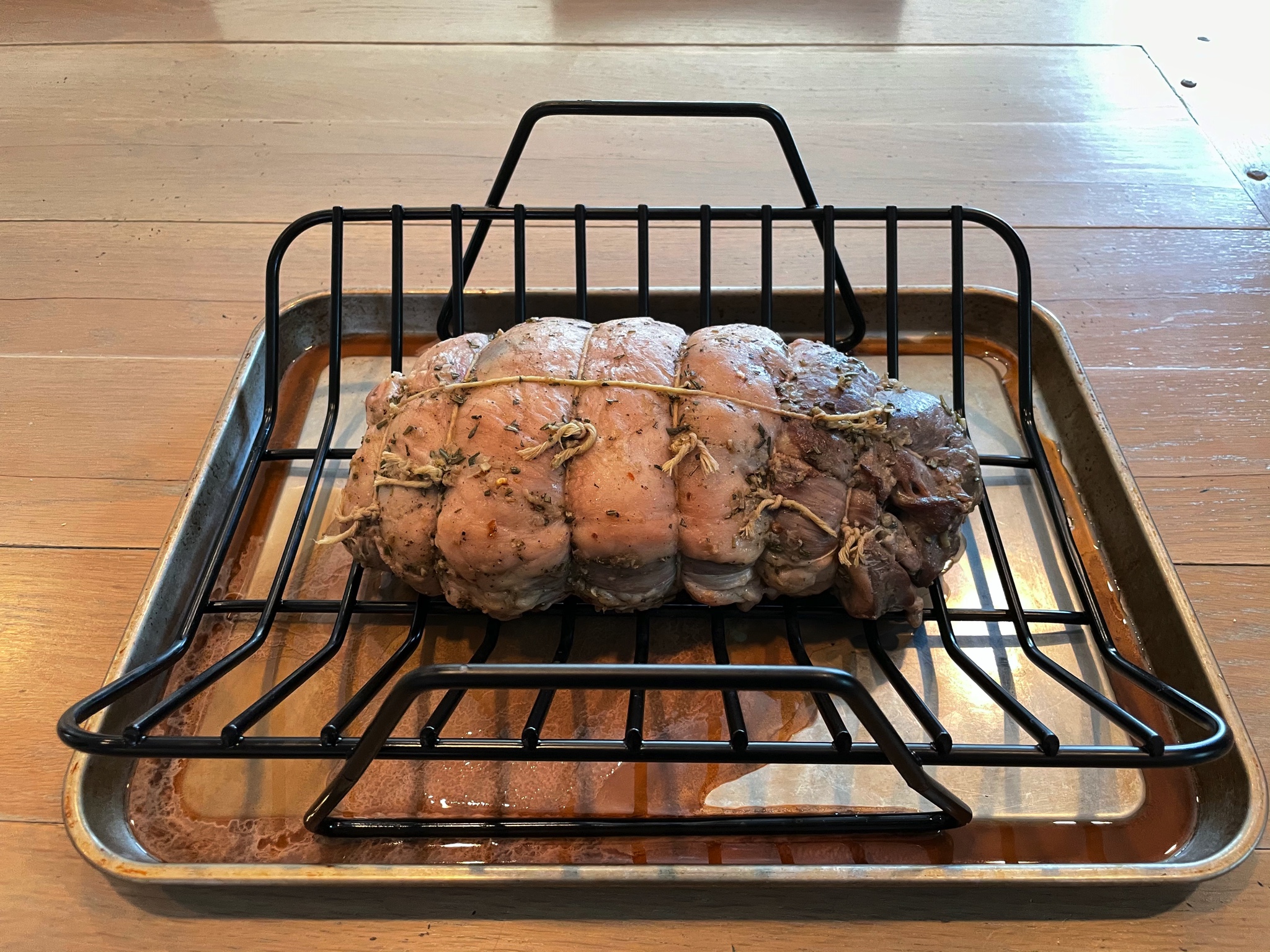 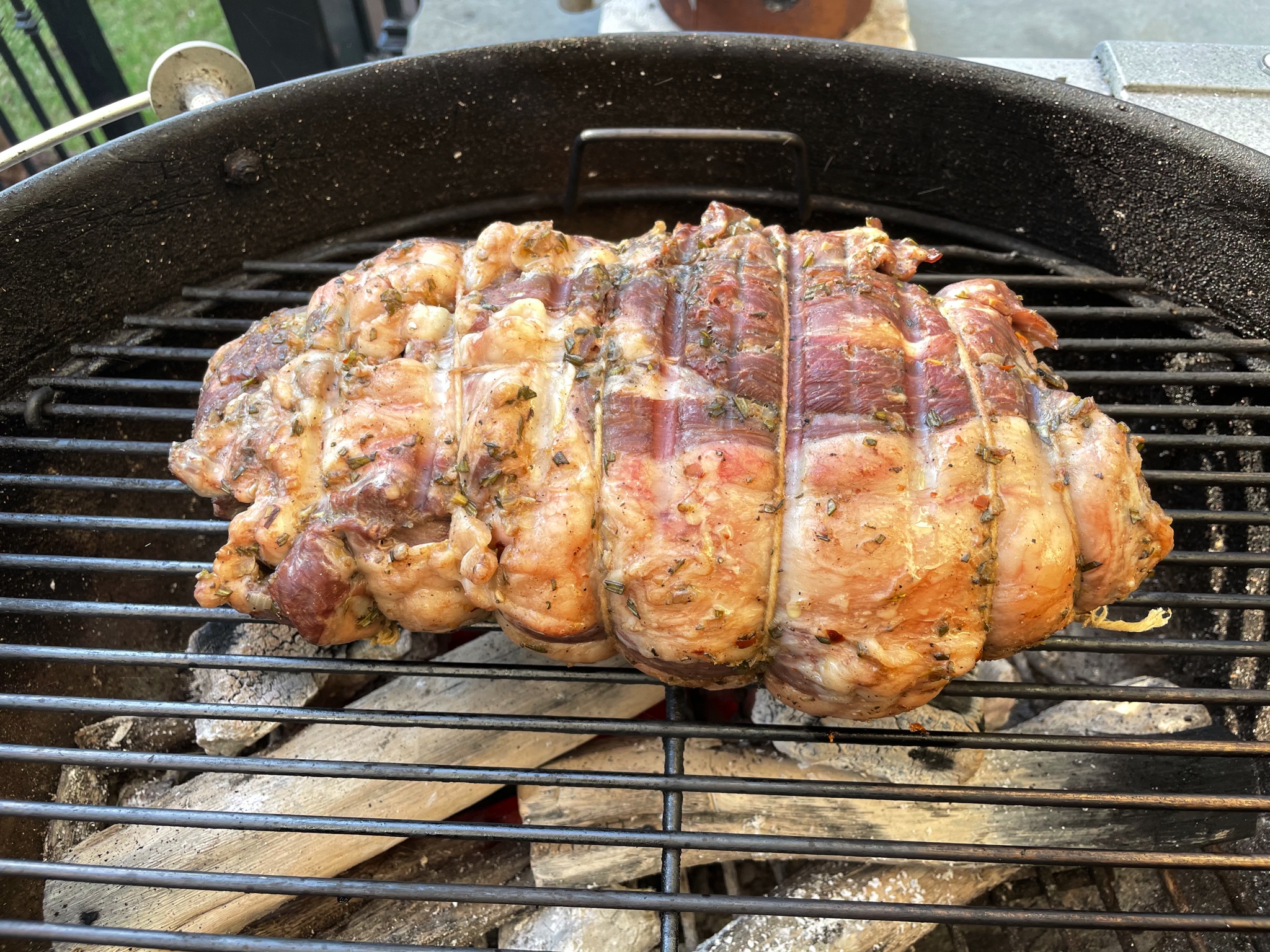 I tried cooking lab leg from Farmers To You using a reverse searReverse Sear
Inspired by sous vide many people have started to slow cook meat before searing it. Unlike sous vide which controls the temperature by immersing a vacuum sealed bag or jar in warm water where the temperature is controlled, reverse sear is done in an oven on low heat or on the cool side of a grill. Unlike sous vide, the temperature of the container is hotter than the target temperature so you can overshoot the target internal temperature and therefore, the window of when to pull the meat is mu... starting in the Anova oven at 132ºF until the inner temperature was 130ºF then searing it on the grill over binchotanBinchotan
Binchotan is a Japanese charcoal made from hardwood using a special process yielding a very dense, hot and long-burning form of charcoal. It is difficult to light, but once it is going it will burn for 3-5 hours and can be stopped by cutting off the oxygen and restarted again. Some new binchotan Binchotan sticks out of my starter chimney The chimney only heats the lower half easily Flipped the longer binchotan and lit the bottoms Binchotan lighting up hot side of grill Kamitosa White Binchotan.

One thing that I noticed was that the fat on the fat cap drips and ignites and I'm not sure how to do a good sear without getting fat smoke when it flames out. 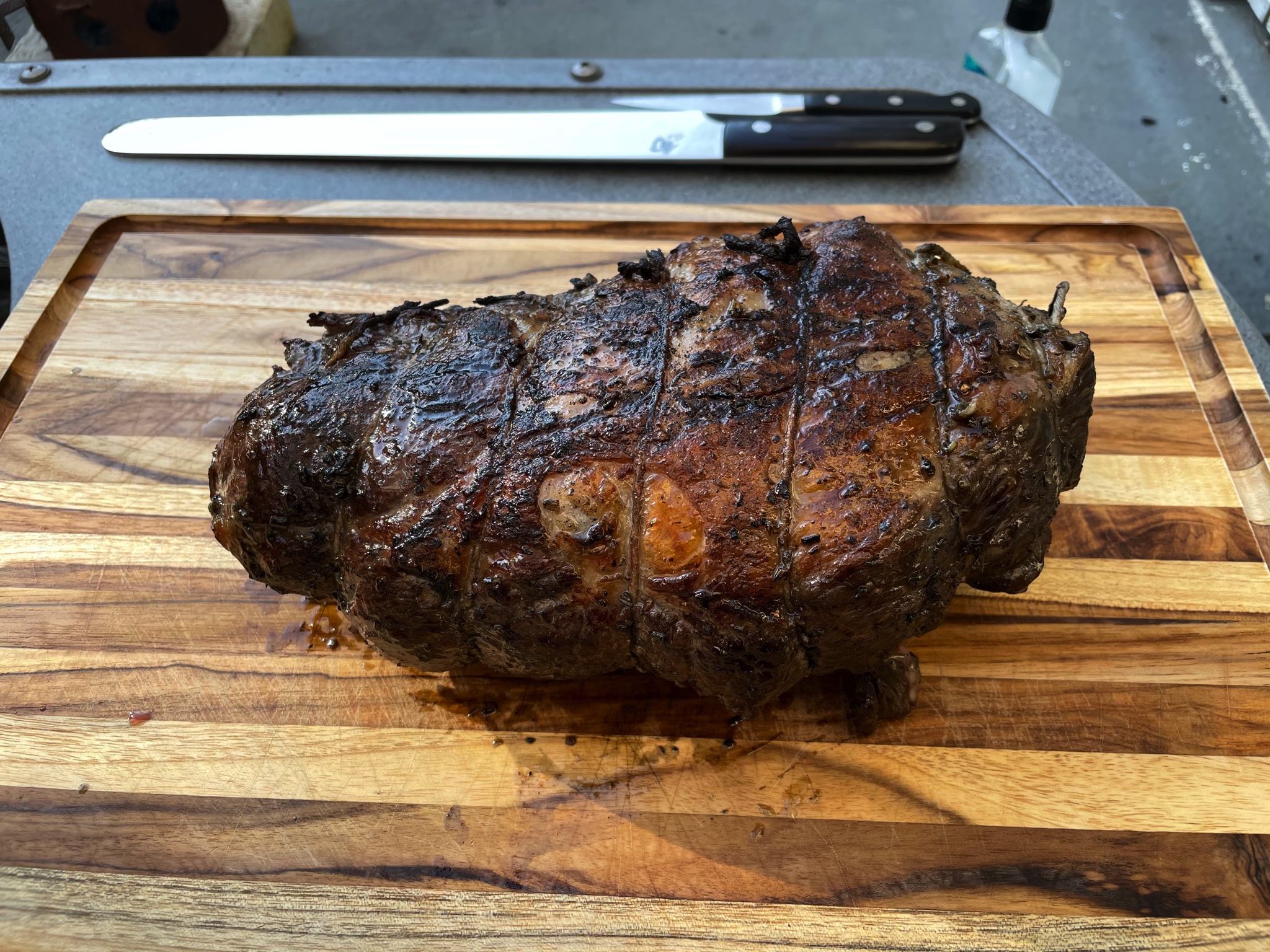 The sear was OK, but not great because of the fire.

The lamb was chewy. In retrospect, I realize that the leg is pretty lean in most parts and it makes sense that maybe it was a bit chewy.

Reminds of the top round.

Going to use the left over lamb to try to make Lamb Tagine tomorrow.