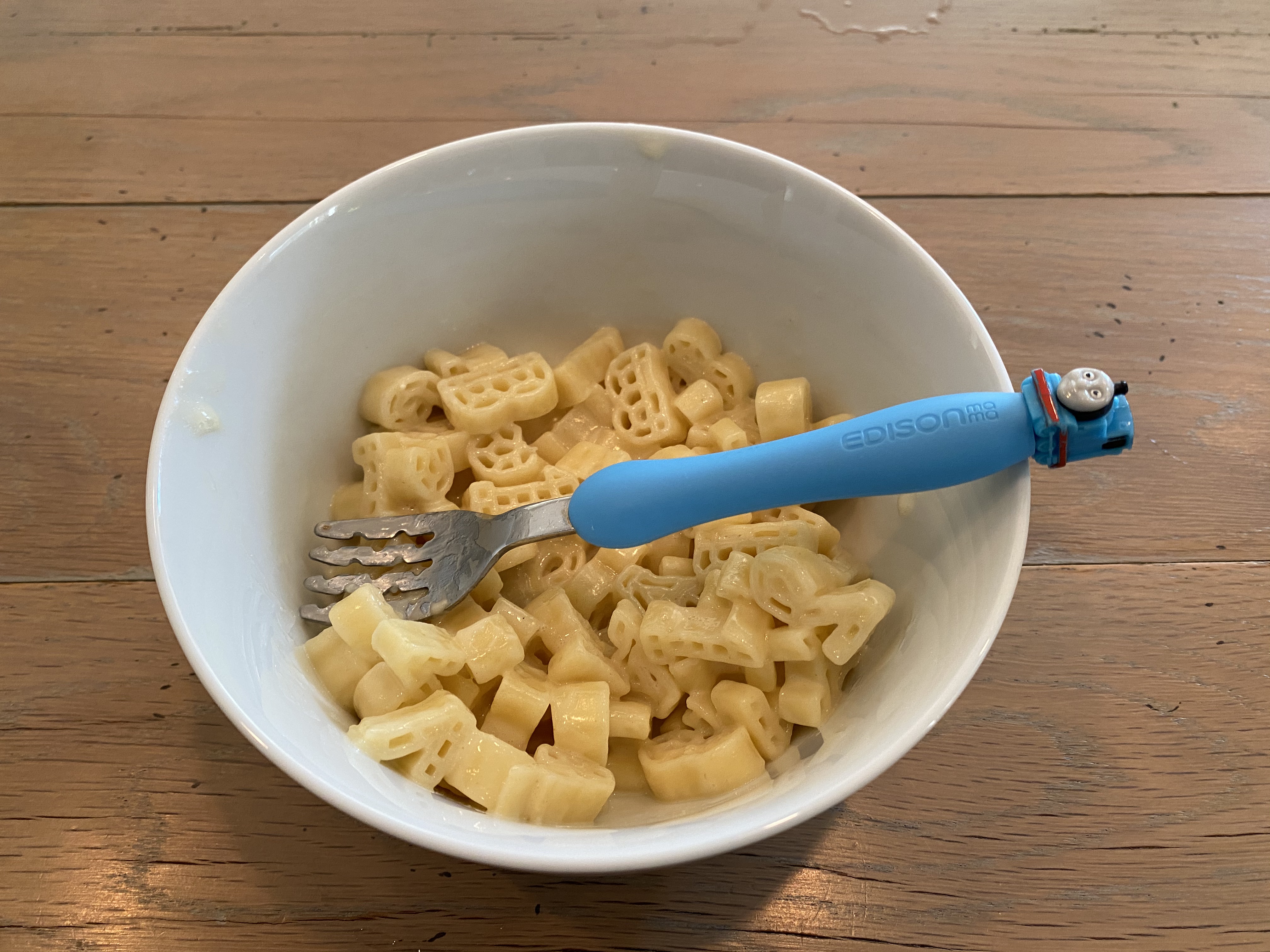 One of the things that have been challenging is finding good things for may 3 year old to eat that we can make. One thing that she likes is Annie's Mac & Cheese. Annie's boast:

Made with organic pasta

Cheese from cows not treated with rBST (no significant difference has been shown between milk derived from rBST-treated and non rBST-treated cows).

We work with trusted suppliers to source only non-GMO ingredients
No artificial flavors, synthetic colors, or synthetic preservatives

I tried making Mac & Cheese before from various recipes but my daughter didn't eat it. Also, I found that my Mac & Cheese didn't keep in the fridge very well - the cheese got hard and the oil separated from the sauce. 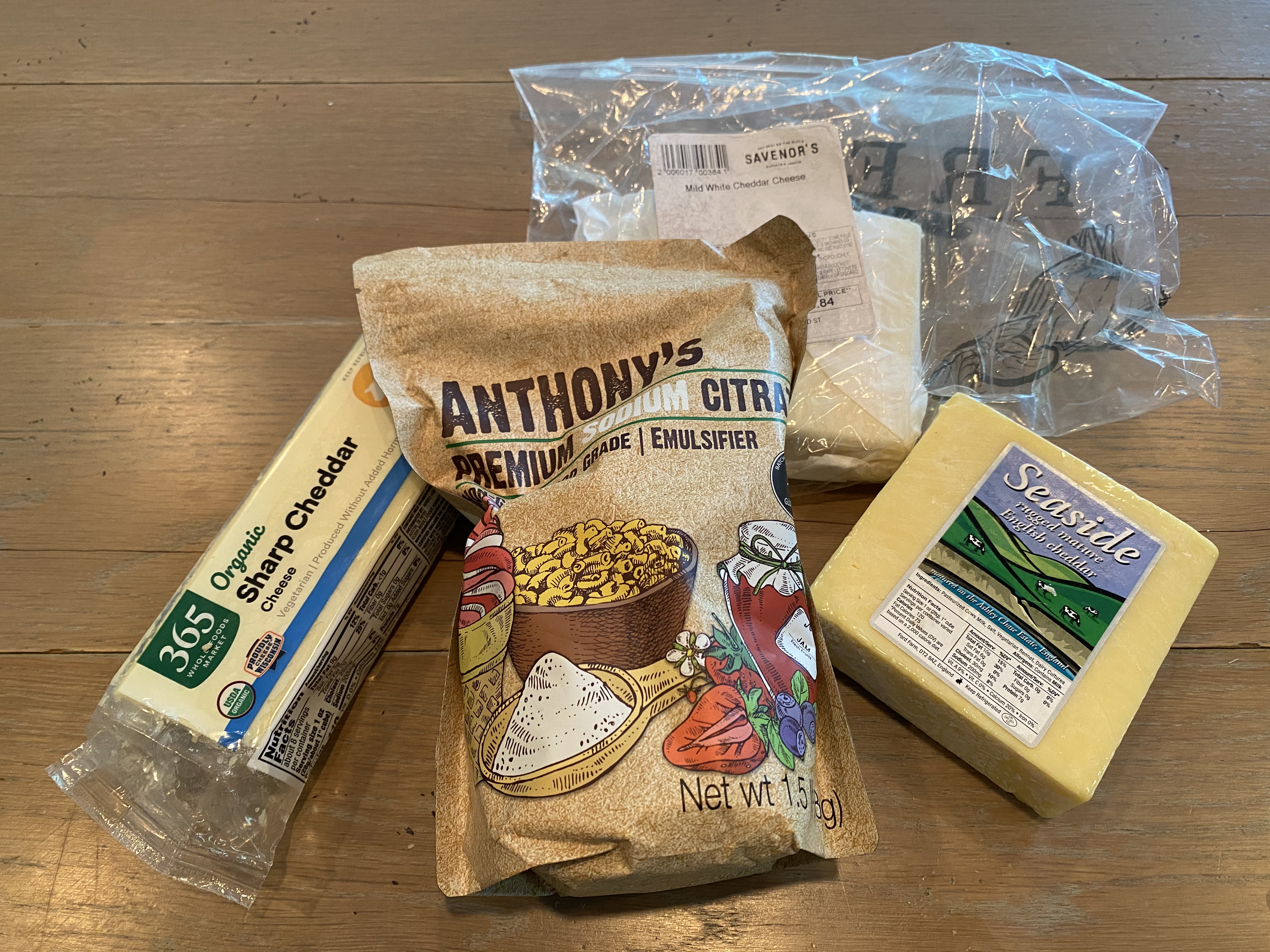 Then I read Modernist Cuisine where they used Sodium Citrate as an emulsifier.An emulsifier is a substance that allows oil to be suspended in water or water-based liquids as an emulsion. Eggs, for example, have a natural emulsifier that allows them to be fatty but liquid and mixed together with the water-based part of the egg. The emulsifier in eggs is what allows the oil and vinegar in mayonnaise to be mixed together.They described how this would allow the cheese to become silky smooth - the texture of Annie's. Looking at the label on Annie's, I found that it contained Sodium Phosphate as an emulsifier. I think Sodium Citrate comes from citruses whereas Sodium Phosphate comes from Phosphate mines, which clearly isn't as "natural."

Having said that, I've been having various arguments with people about what is "healthy." Minerals and simple common molecules found in the body already clearly aren't "poison." Having said that, too much of most things is bad for you. I think that it's important read the research and be careful of consuming too much of anything, especially if it's been shown to have adverse health effects.

I think that molecules designed to kill things like pesticides (bugs), preservatives (microbes), and herbicides (plants) are probably more likely to have adverse side effects than common minerals. Therefore, I agree that the "organic and no preservatives" notations seems helpful.

One theory that I heard from Albert-László Barabási who is researching food and the chemistry of food and the body was that most living things have very similar metabolic pathways. In fact, the chemicals that are present in most living things and the amounts of these chemicals tend to be roughly a similar distribution. That means that if you eat whole foods, you tend to have a "natural" distribution of chemicals. However, with processed foods, you can end up ingesting unnatural concentrations of certain molecules that throws your body out of whack.

I think this makes a ton of sense and a good reason to keep an eye on high concentrations of anything, especially if your body doesn't have a natural or easy way of getting rid of the material.

However, I think the whole "good for you" "bad for you" business is very complicated because we like to have simple and emotional responses to labels, we don't have time to keep up with studies. Even if we do read studies, science is constantly flip-flopping on what it thinks is good for us or bad for us.

So I think that the best that we can do is try to focus on whole foods, when ingesting lots of anything, look for the science to see if we should be particularly concerned, and try not to make or eat anything that tastes horrible. :-) 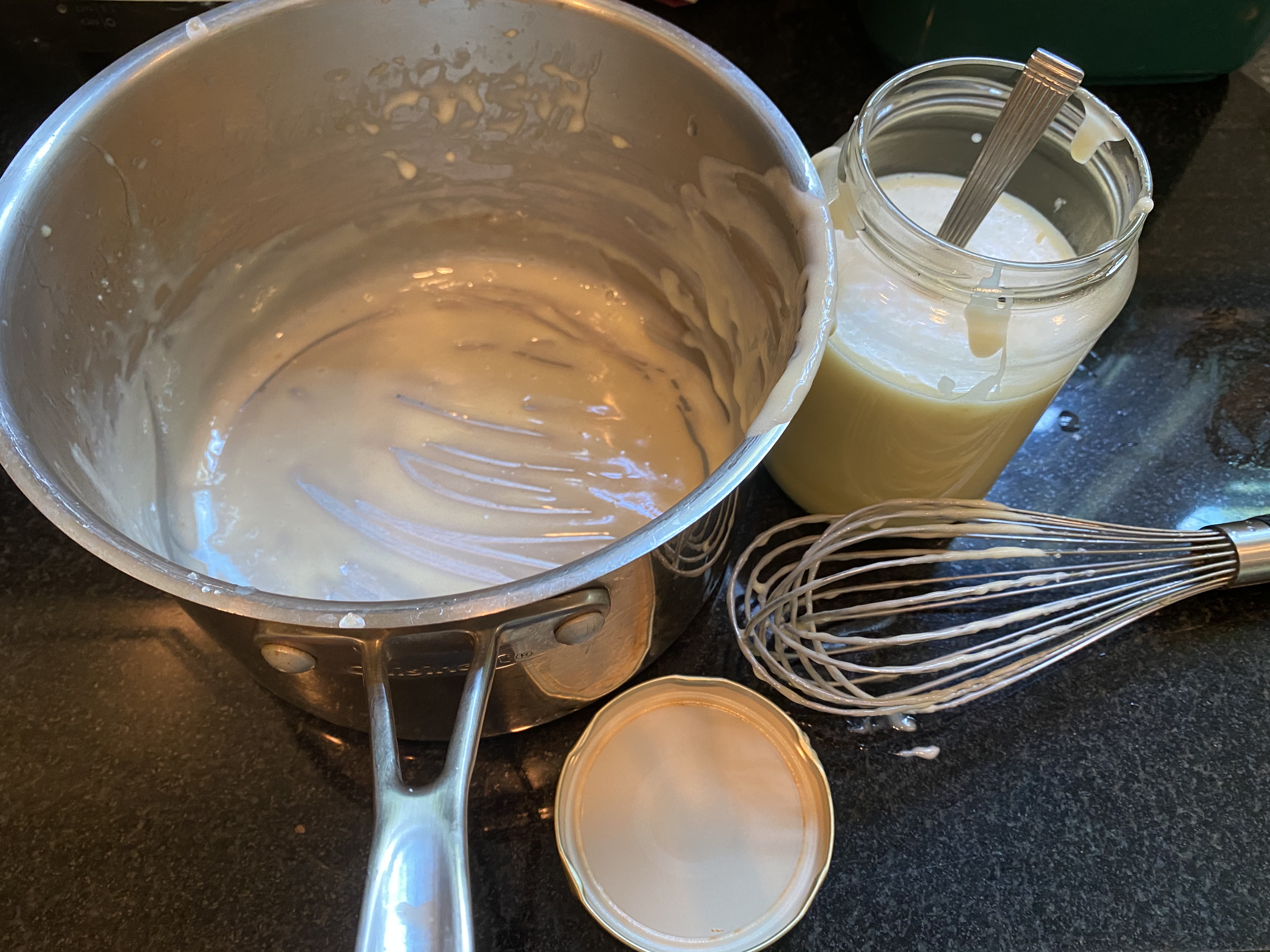 The Modernist Cuisine recipe said to dissolve the Sodium Citrate in milk or water (I used milk) and then slowly melt/whisk in cheddar cheese until you ended up with a creamy liquid. Then boil the macaroni and fold in the cheese sauce. It worked well and tasted great! My daughter didn't like it though. I'll try one more time experimenting with different cheeses and maybe make it more mild.

But I do think I got the consistency right. One of the things about Modernist Cuisine is that they use a lot of "chemicals." Sodium Citrate is one. MSG is another. They also try to "perfect" some of our favorite fast foods like Mac & Cheese and the Big Mac. It's clearly a different path than the traditionalist cookbooks. I'm enjoying it, but I think I may have lost my wife once plastic bags of white powders with scientific names started showing up on our doorstep.