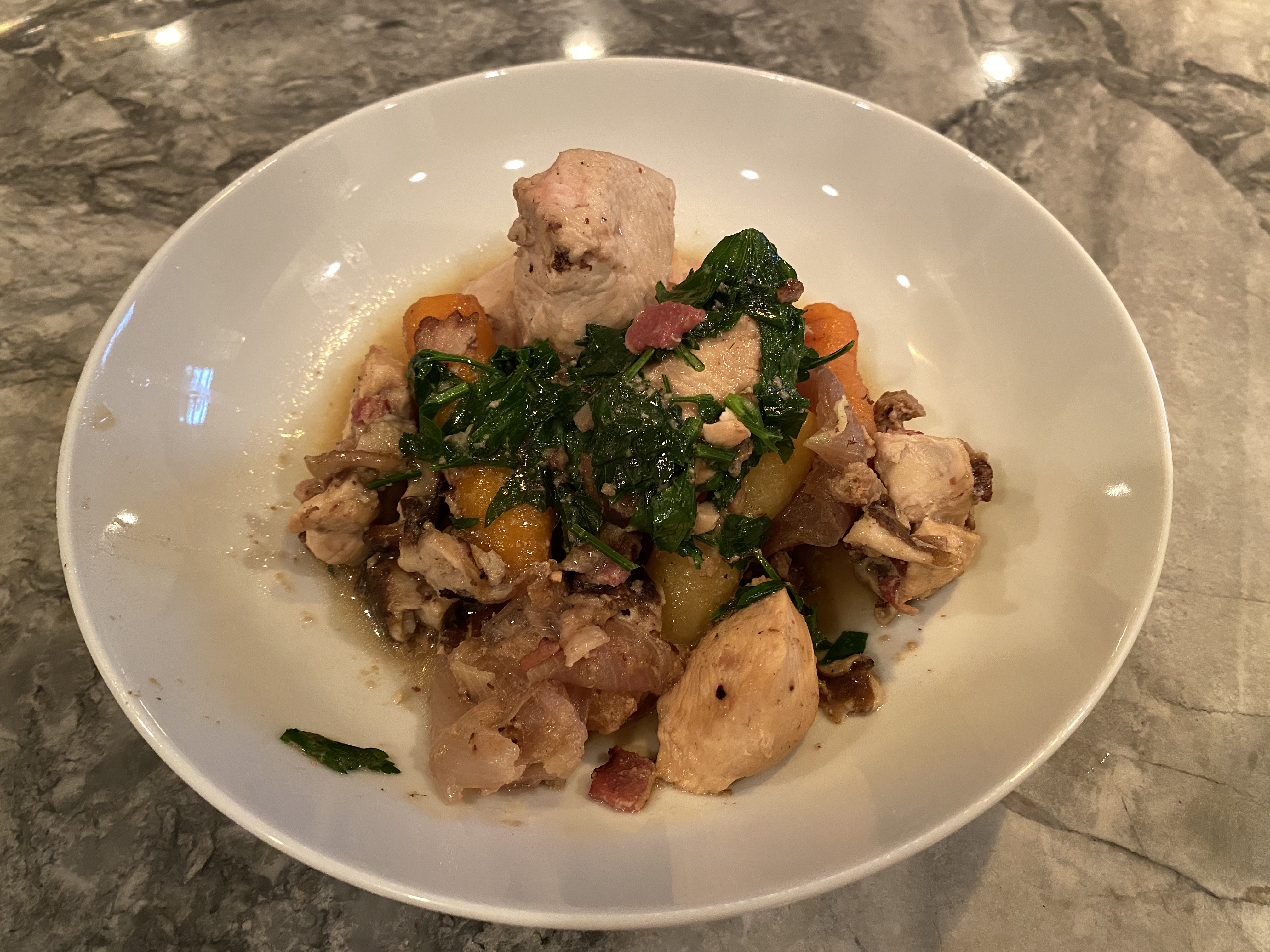 We usually order a large whole chicken from Farmers To You every week, but this week, they sent us an apology and a 7 pound chicken.

In The Food Lab, Kenji Lopez-Alt says that chickens over 5 pounds are tough and not suitable for roasting. Talking to Mizuka, we decided that we should try a stew.

I looked around online and realized that I had never done a Coq au Vin... but the recipes were too long for a Thursday evening. Which made me realize that this might be a perfect place for pressure cooker magic.

I looked up a bunch of recipes and one thing that I found amusing was that there were very few recipes for both light and dark meat. The recipes I found were for one or the other - with more for dark meat.

Although this is just an n of 3, it looks like dark meat needs a bit more time than white meat. I wonder what happens to the breast meat...

I just read this recipe from Green Healthy Cooking and talked myself out of trying to do the breasts together with the rest of the chicken.

After talking to Mizuka, we'll do the breasts in the Coq au Vin and I'll roast the rest of the chicken. Maybe I'll use the left over BBQ sauce. 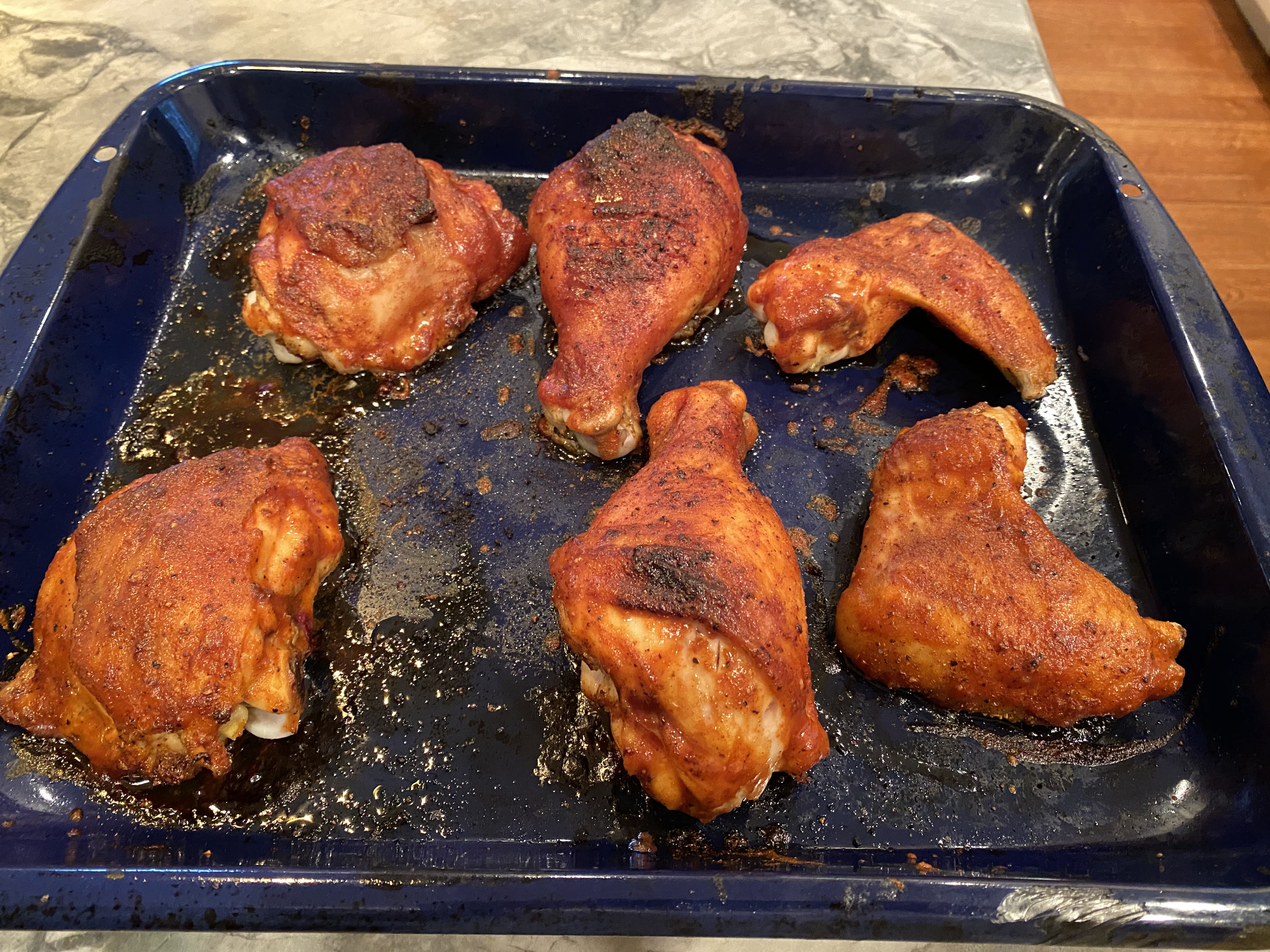 The Half Baked Harvest recipes says to hit the breasts with 8 min of pressure cooking and do a natural release. (One recipes says that using an instant release will cause the chicken to dry out.) If we look at the Green Healthy Cooking, it looks like the optimal time might be slightly less, but I don't know what the other ingredients do to the cooking time.

I guess I'll try it at 8 min and see. The ingredients aren't hugely different between the three recipes, but the bon appétit might be slightly snobby, with shiitake mushrooms, shallots and white wine instead of red. Since we have shiitake today, I think I'll go with that.

I pressure-cooked the breast meat (which I had cut to around 1 inch cubes or so) for 4 min with a 5 min release, but they were way too dry. :-(