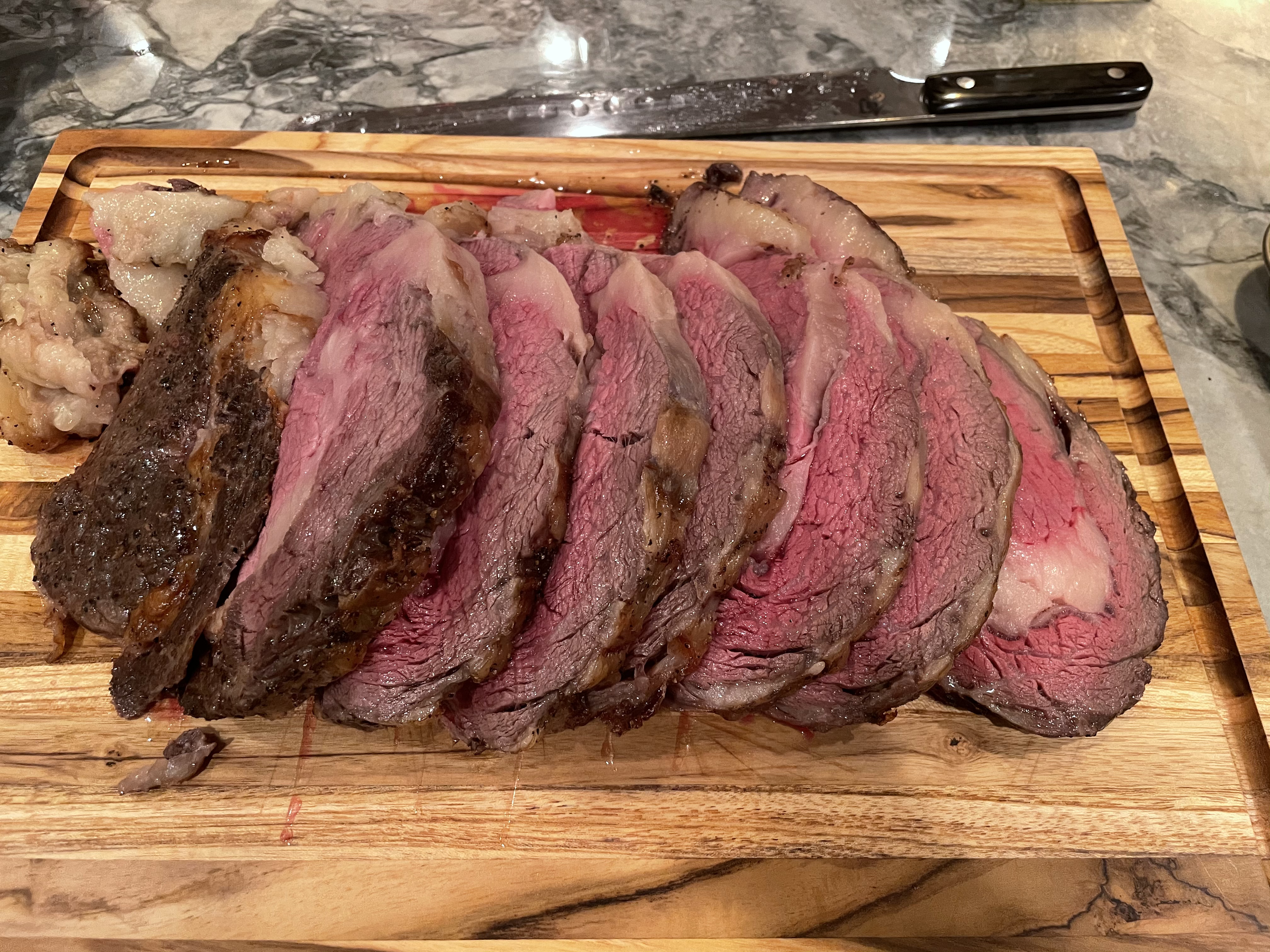 I made a prime rib in my Anova Precision Oven and it came out well.

I based the recipe off of Anova's Prime Rib 101 recipe and the Oxtail Au Jus from Kenji Lopez's The Food Lab recipe. As has been the case with other recipes from Anova that do sous vide, I found that when the probe temperature is set to the oven sous vide temperature, the temperature gets closer and closer, slower and slower, but never arrives at the exact temperature. This was the case with this prime rib as well.

The recipe calls for the sous vide to be set at 132ºF with the probe target to be set at the same. I decided to go with 135ºF since my family tends to like things cooked closer to medium. 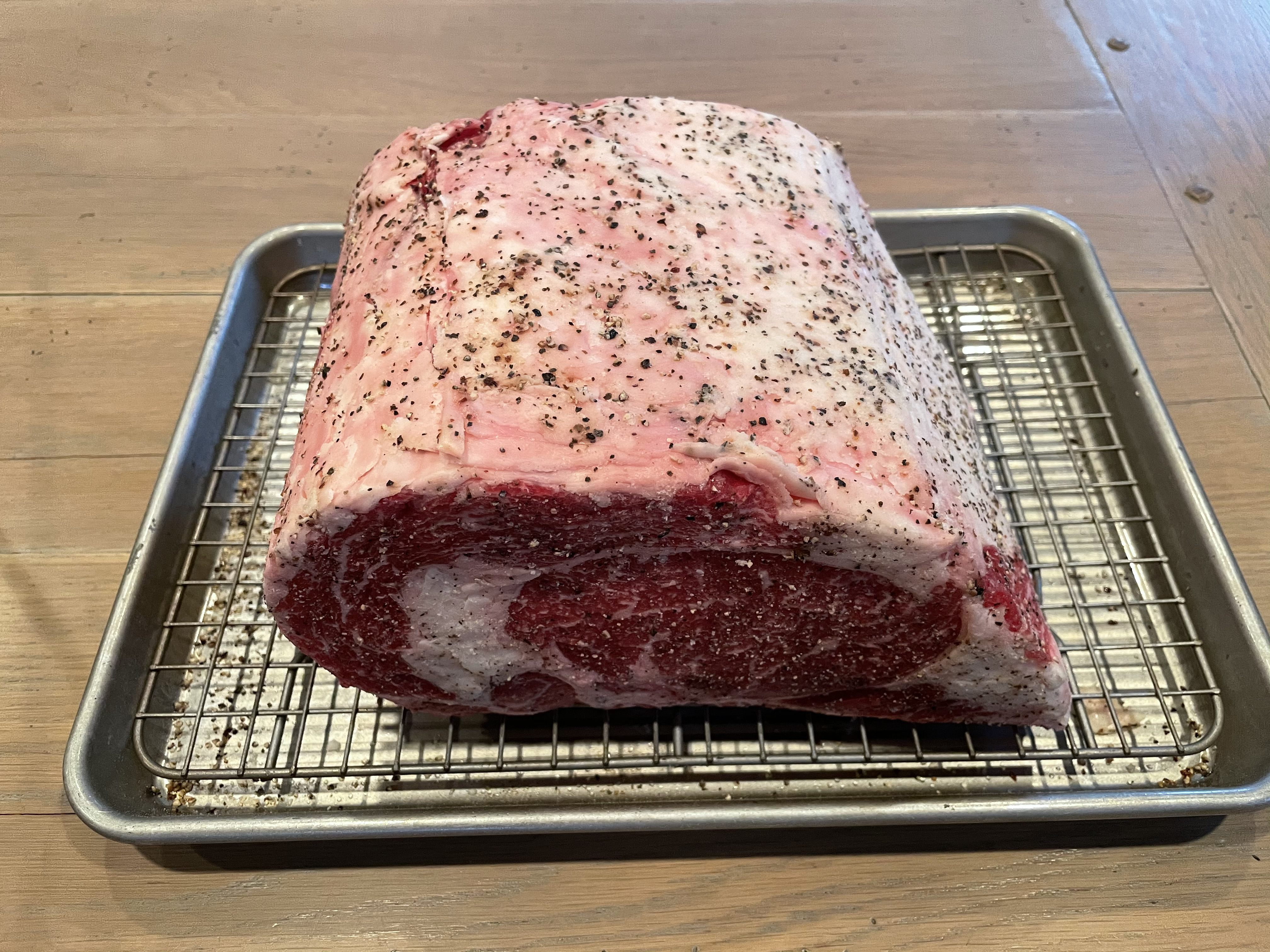 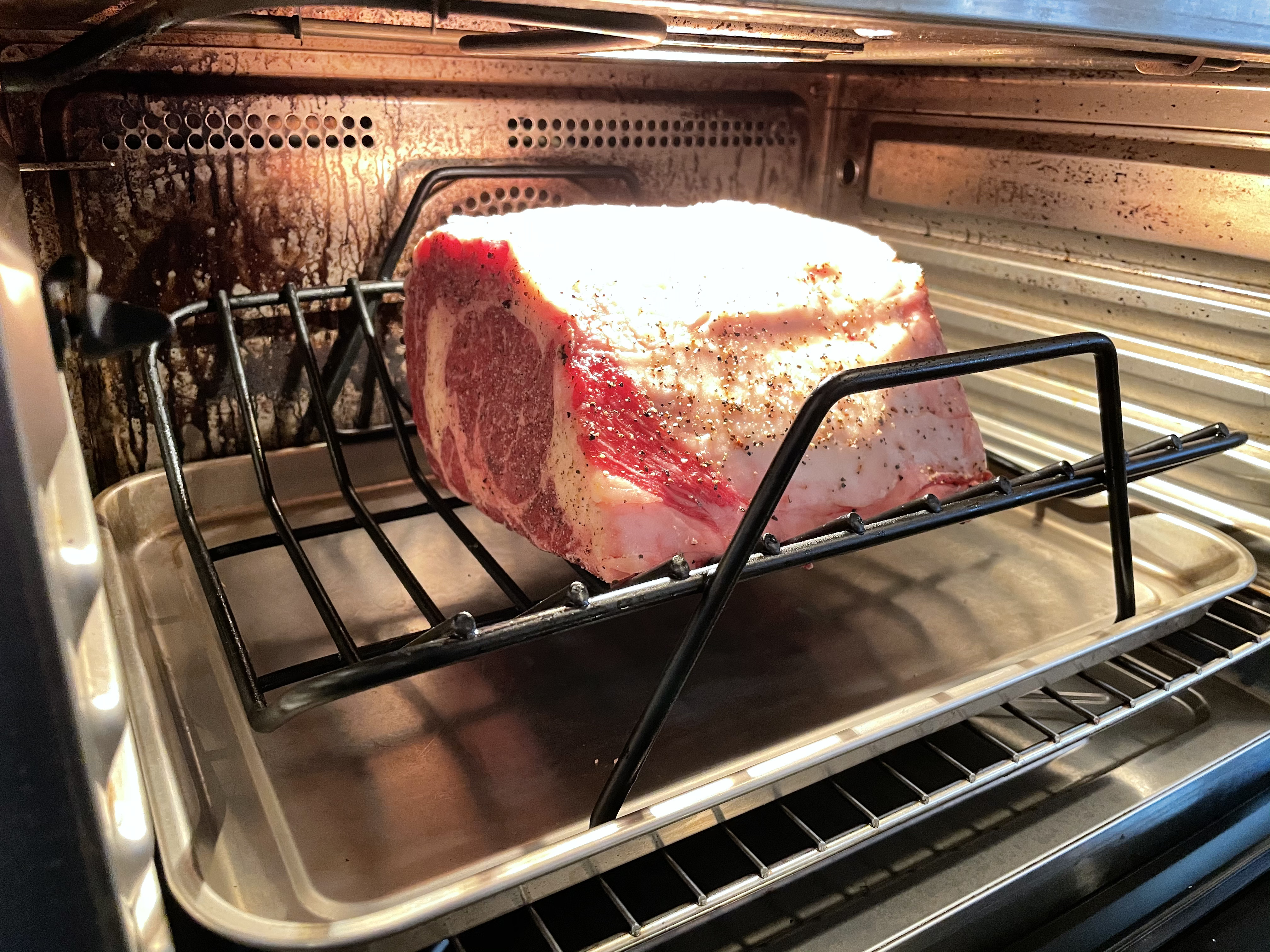 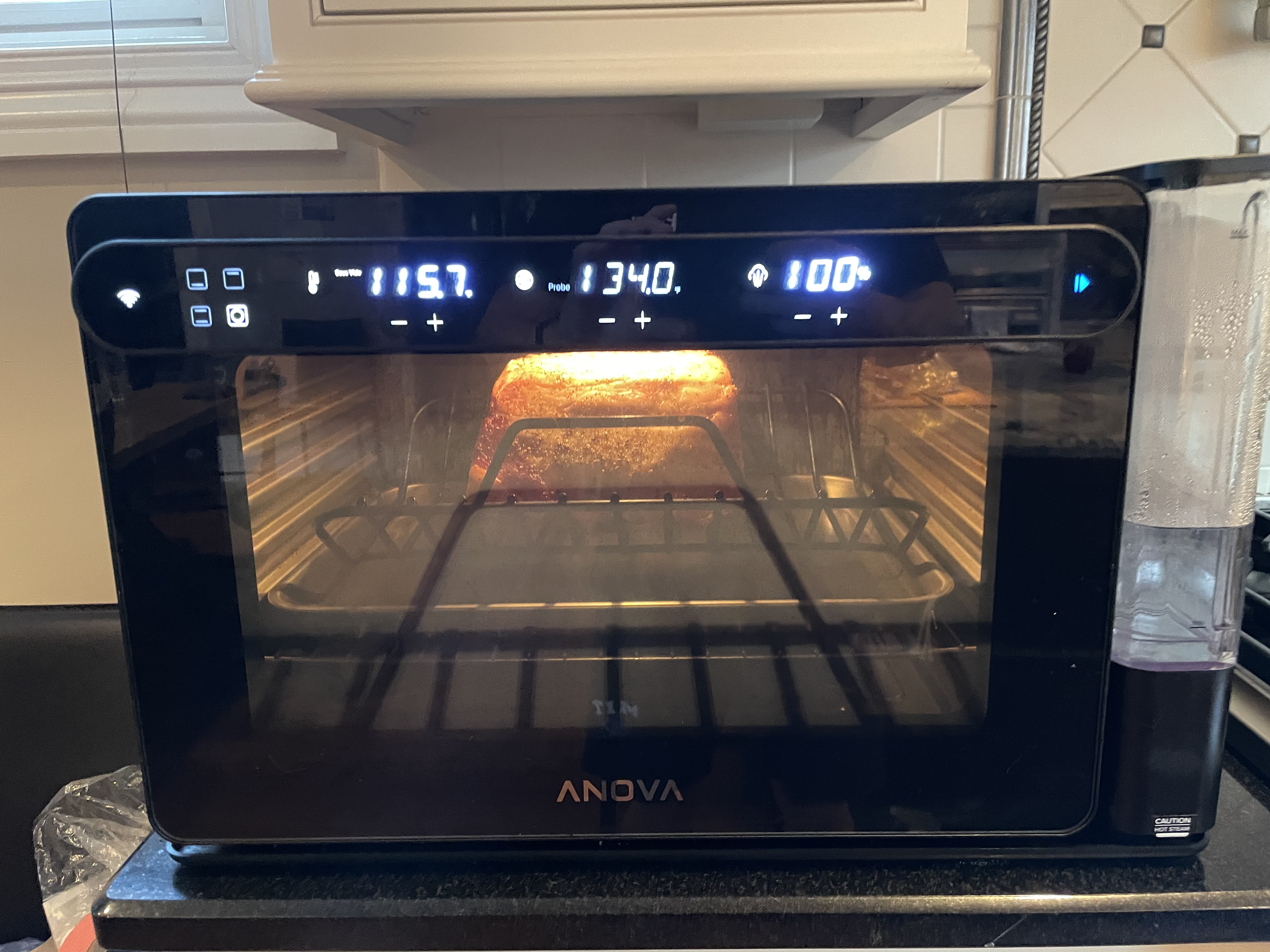 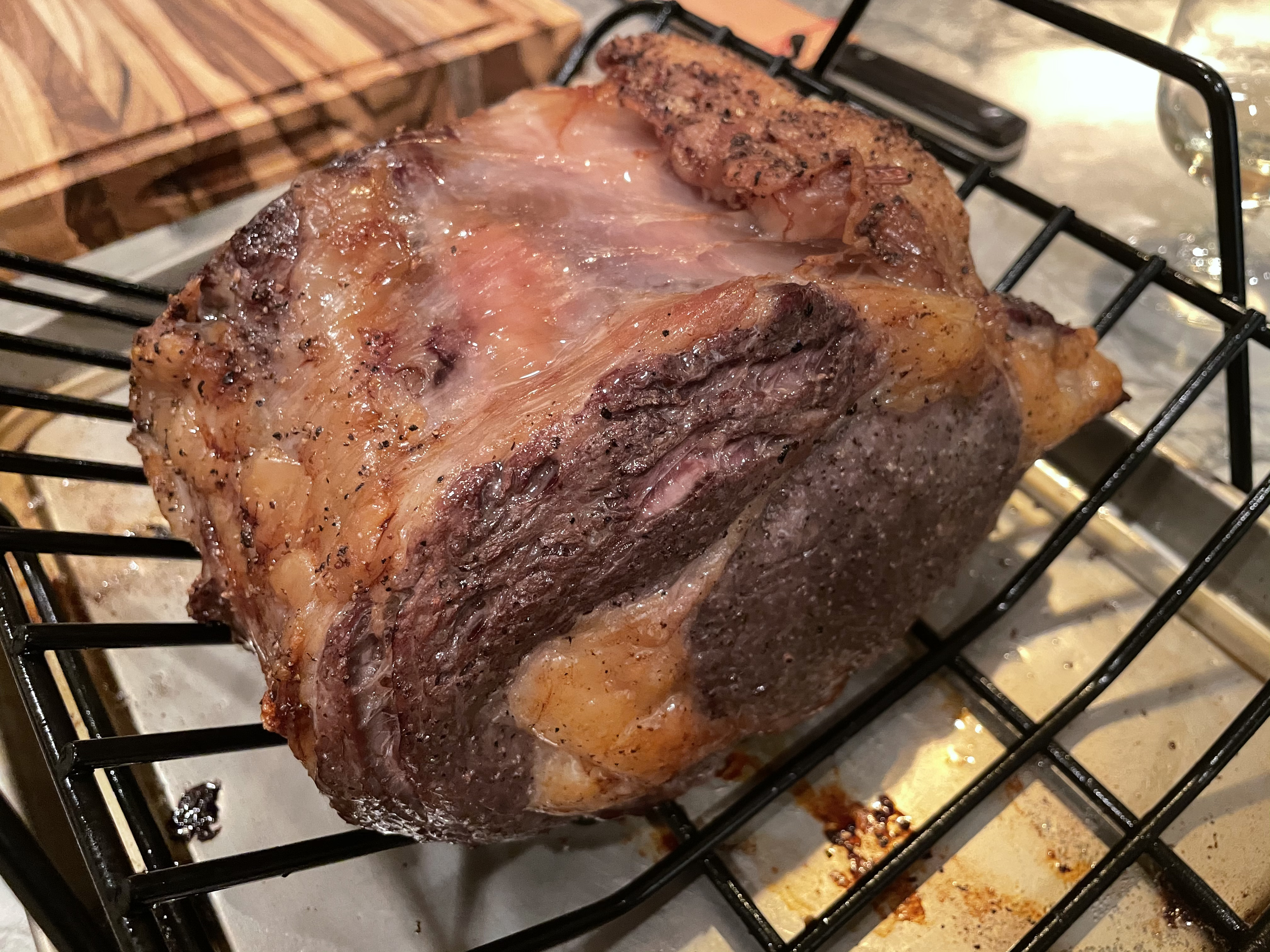 I then heated the oven to 480ºF and blasted it for about 10 min. I think I could have and maybe should have gone a bit longer. The crust - aka "the bark" - wasn't as crunchy as it could have been.

I didn't use the egg coating before the searing as the recipe calls for. 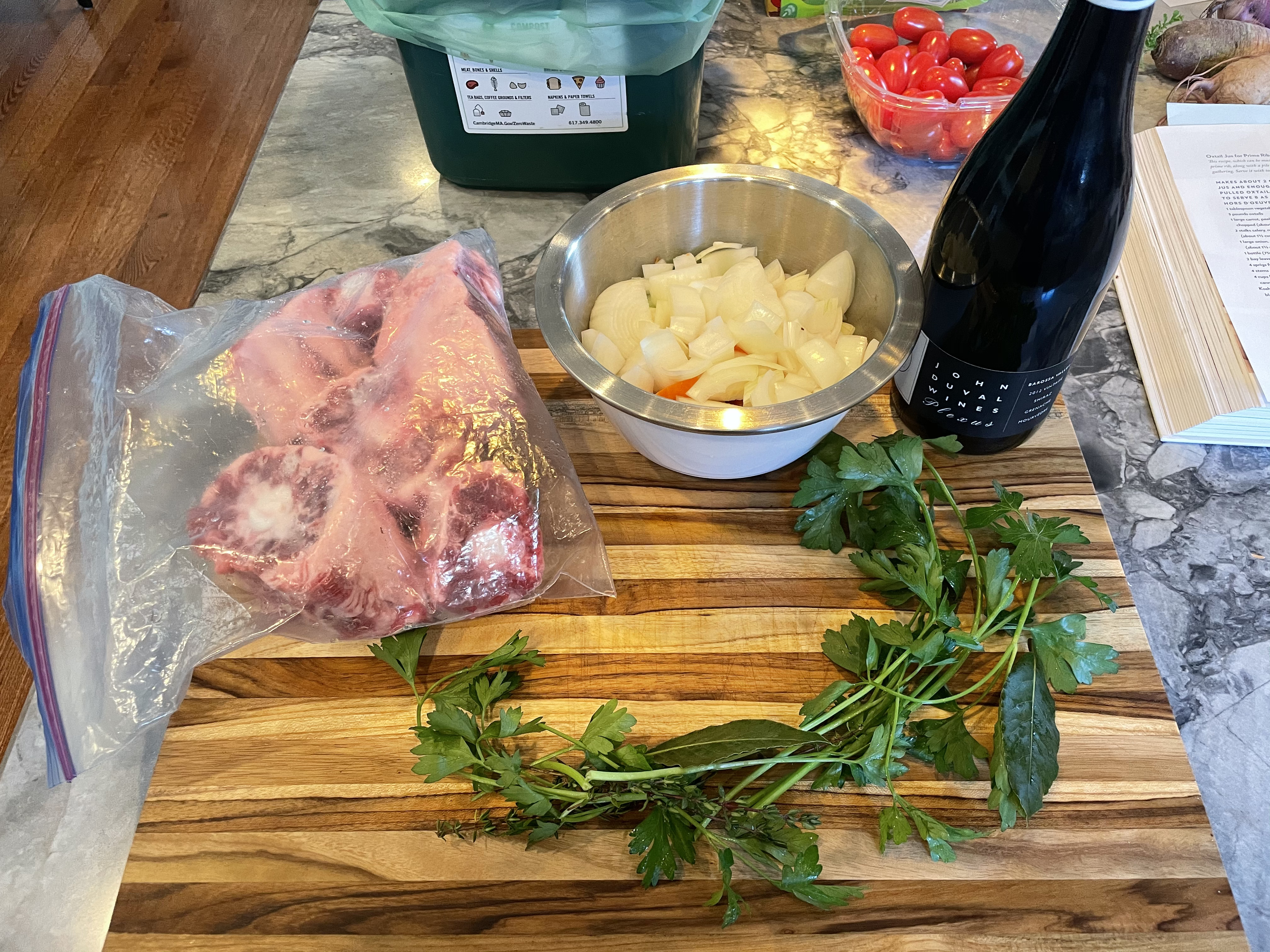 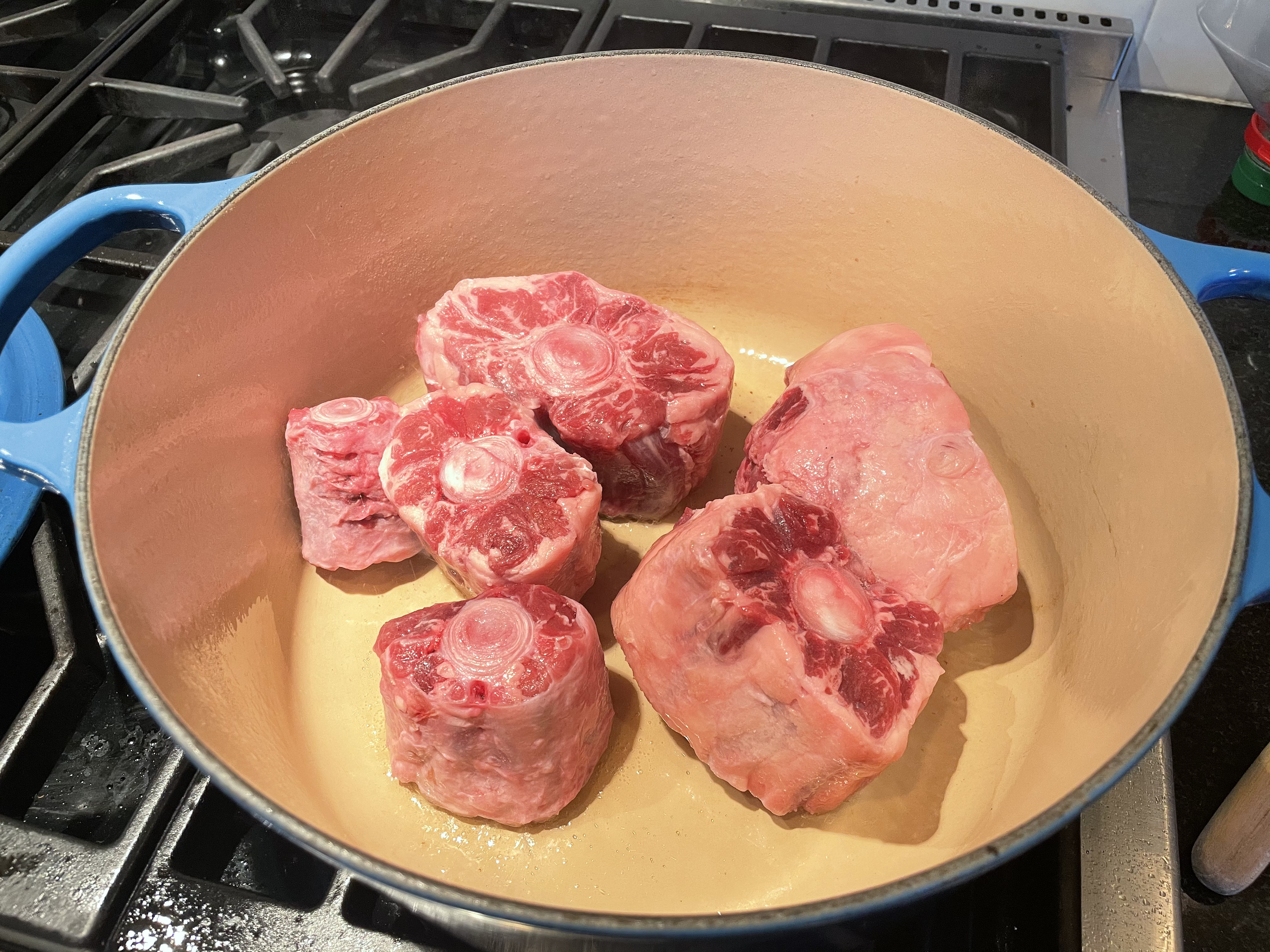 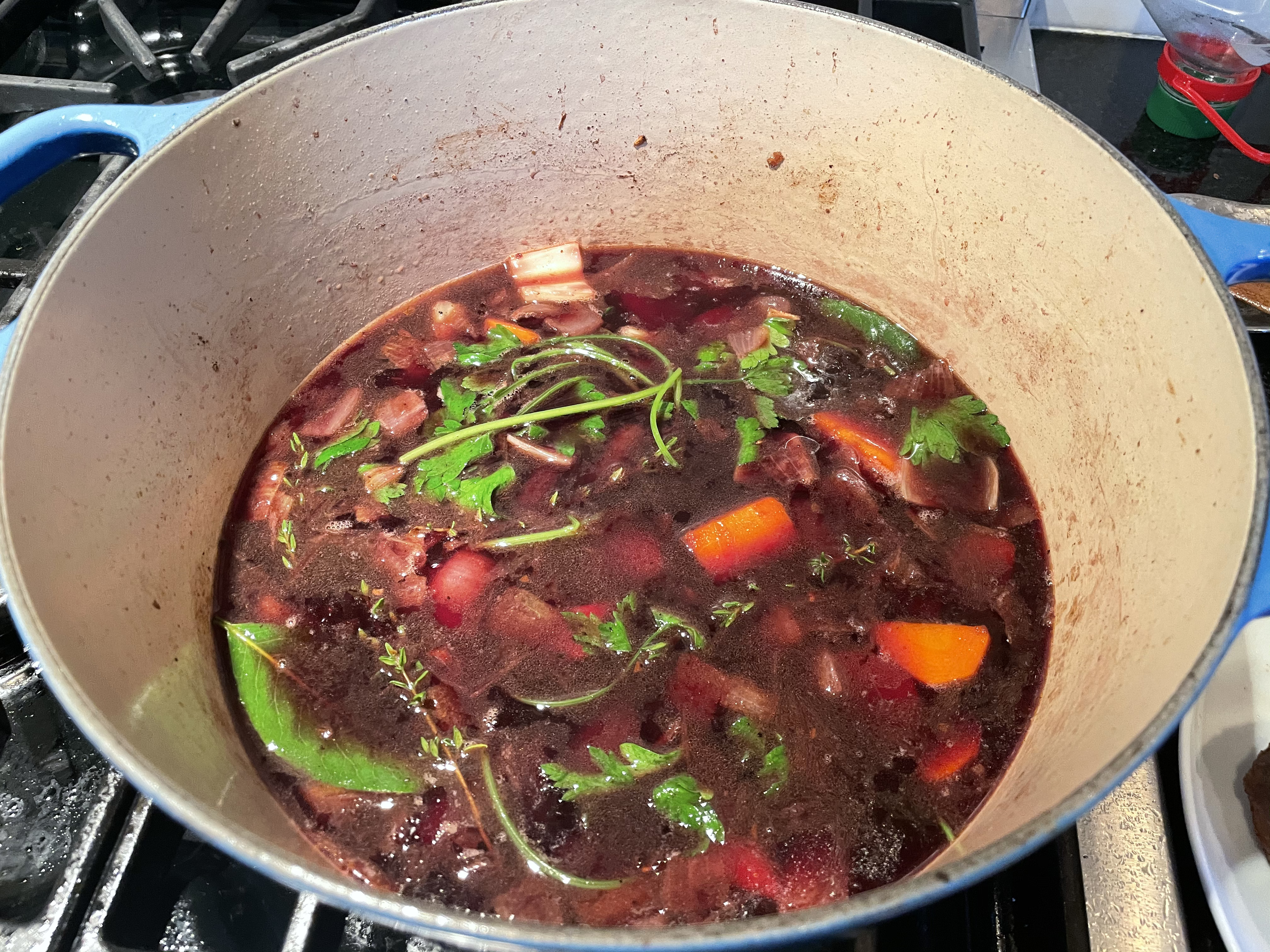 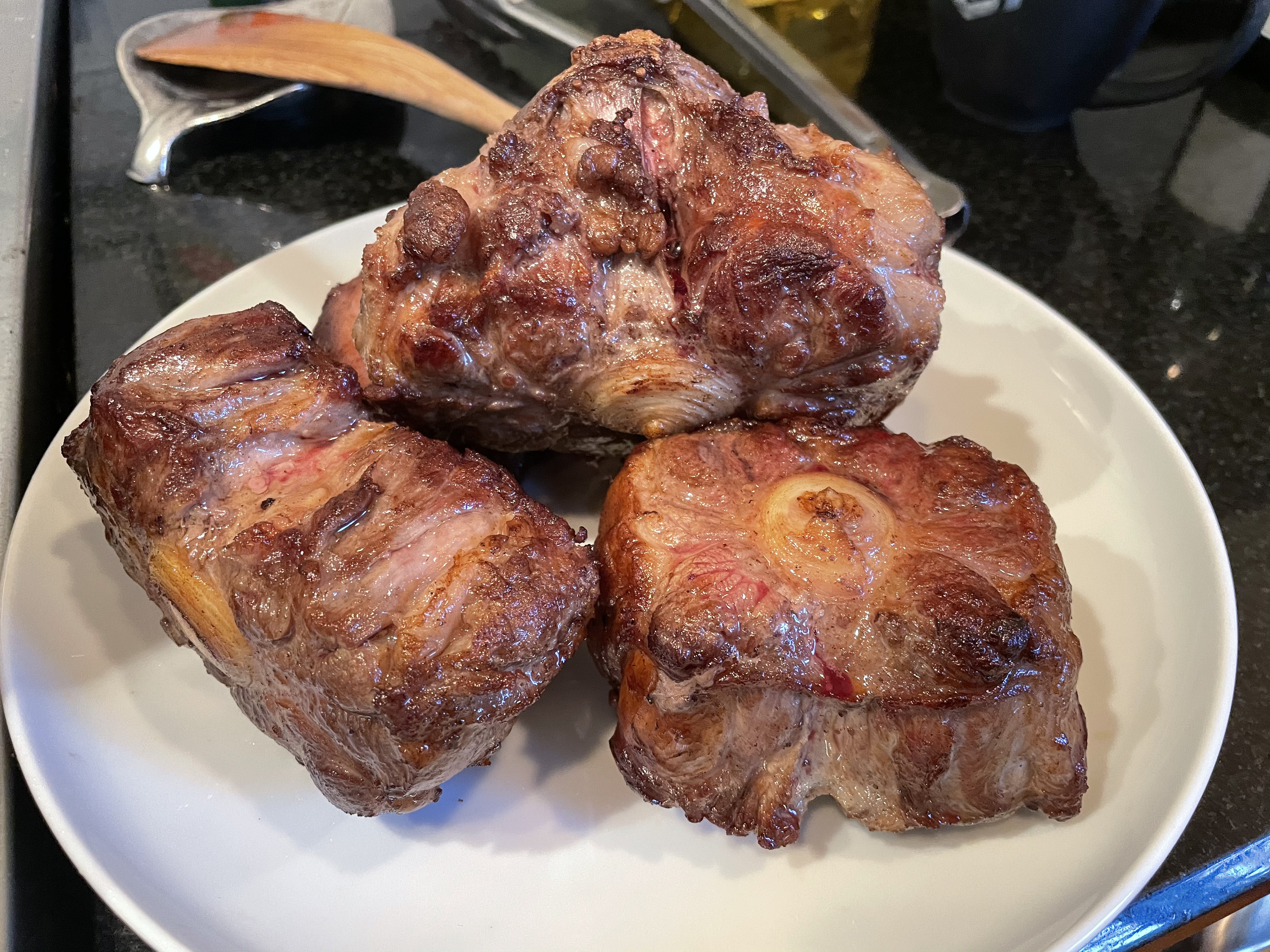 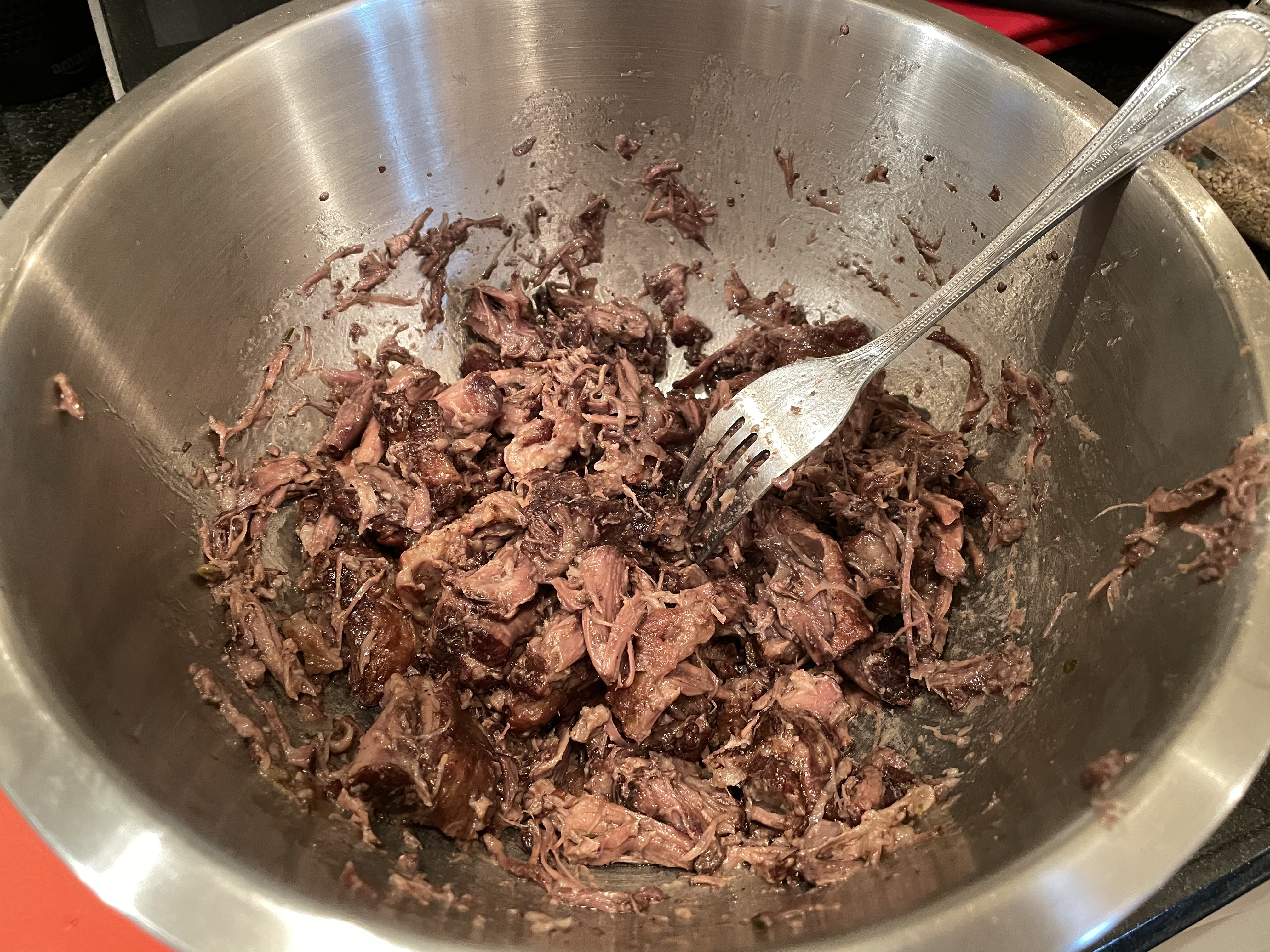 I started the oxtail around 11AM. The recipe was pretty straight forward. Sear the oxtail, sauté the veggies, deglase with a bottle of red wine, add broth and herbs and simmer for 3 hours. Take the oxtail out and shred the meat to use for something else, then boil down the au jus.

The au jus was great and really added to the prime rib. The prime rib came out super juicy and tender.

It seems like the sous vide mode on the Anova is possibly the best way to reverse-sear something if I have the time. With the temperature of the oven set to the target internal temperature, you don't have the risk of overshooting and as it comes to a crawl at the end of the session, it gives you flexibility on the timing of the sear.

Also, my guess is that with the steam at 100% you probably lose much less moisture and might even skip the "evaporation-effectEvaporation Effect
When meat is cooking it will hit a plateau of temperature as the evaporation cools the meat and prevents it from entering the sweet spot for roasts and braises of 180-200ºF. To get around it, heat at a higher temp like 325ºF before going down to 200ºF after it hits 180ºF. Something that needs to be taken into account for roasting, basting as well as [[Reverse Sear]]. Useful links genuineideas - waiting for "Q" identifying the BBQ "stall" as evaporation with nice experiment..." stall. I'll have to test this a bit more to be sure.

Next, I need to see if I can get smoke going. Maybe I can slow and low on the grill with smoke for the first hour or something and then switch to the Anova.