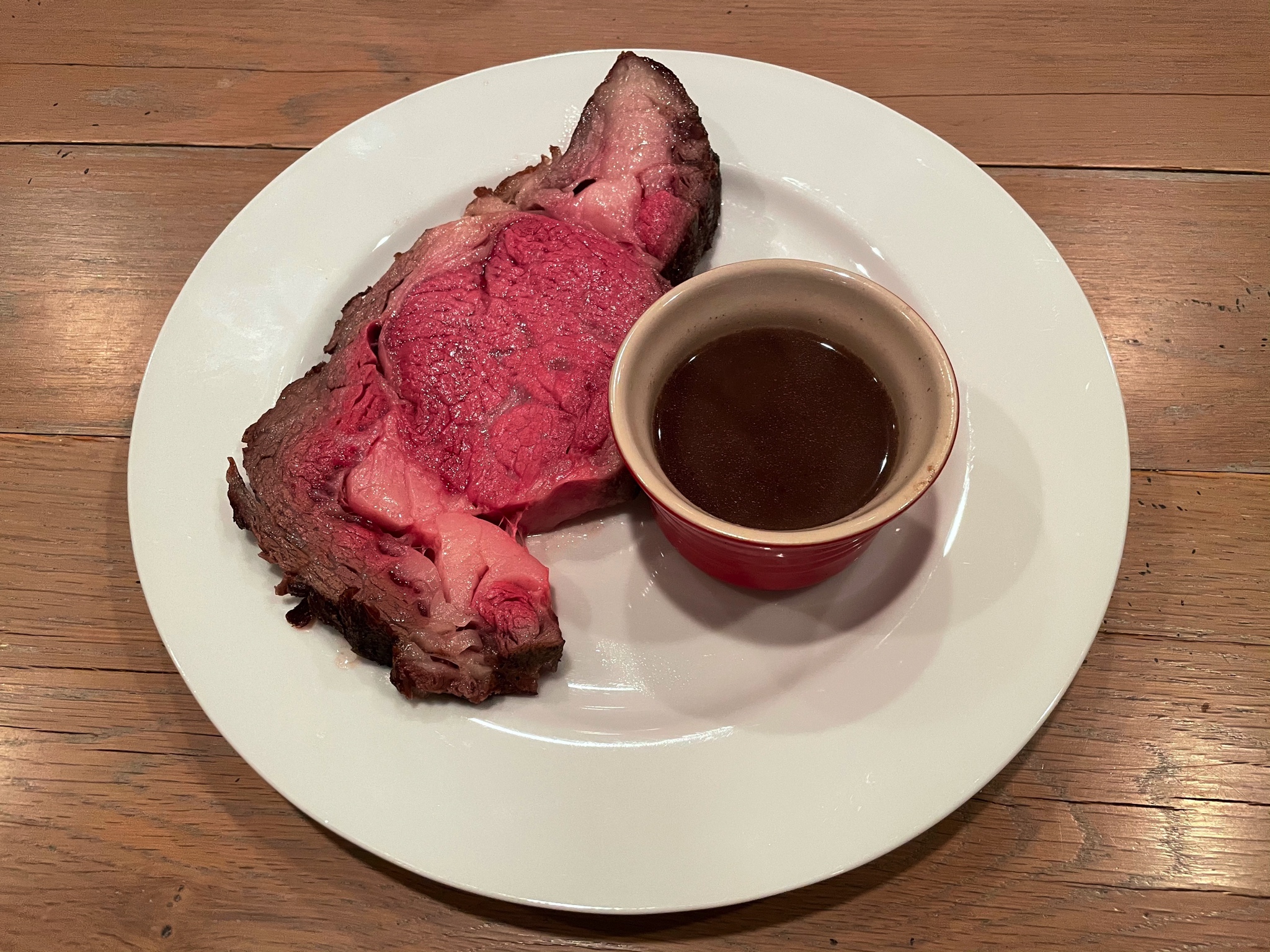 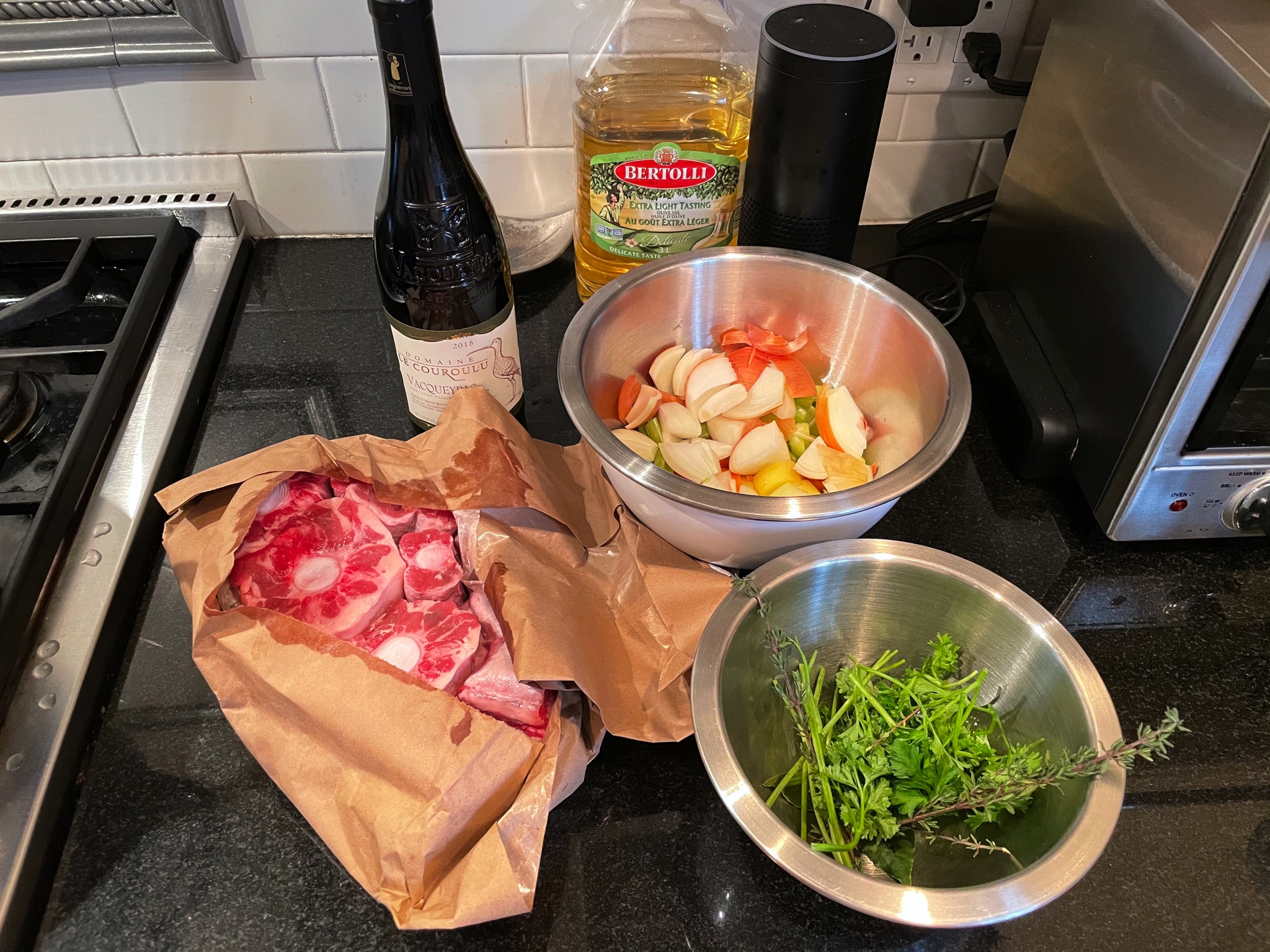 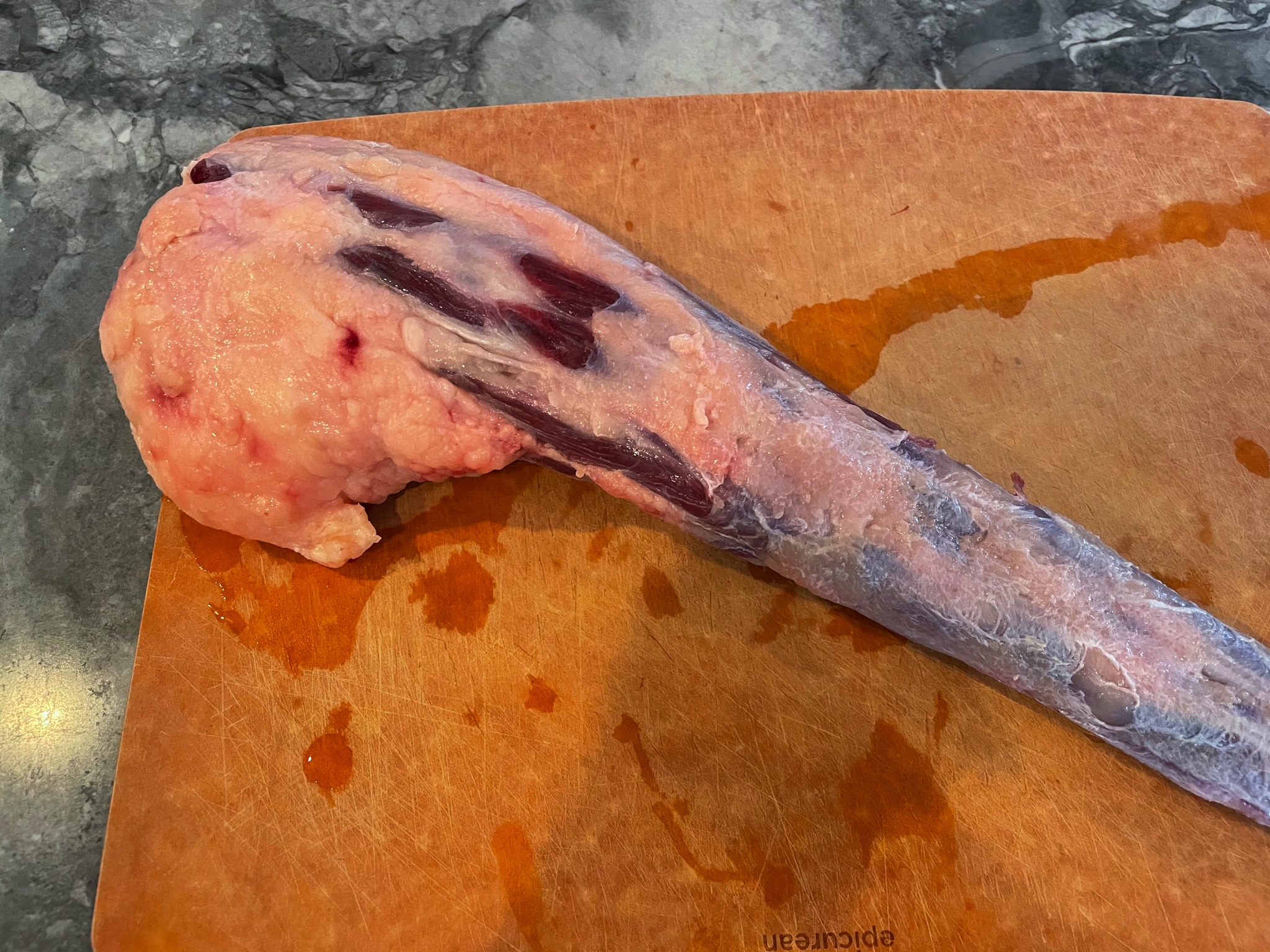 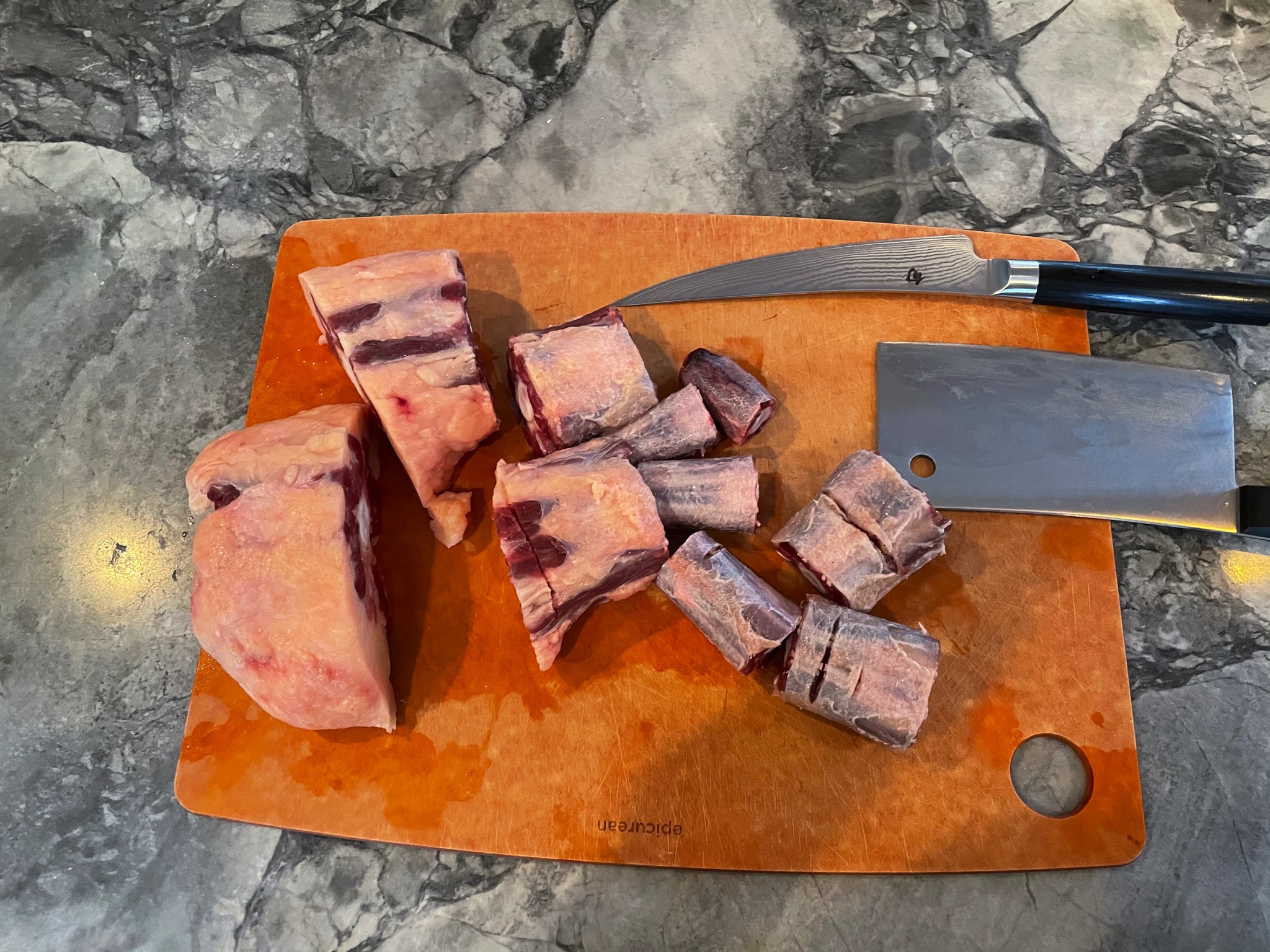 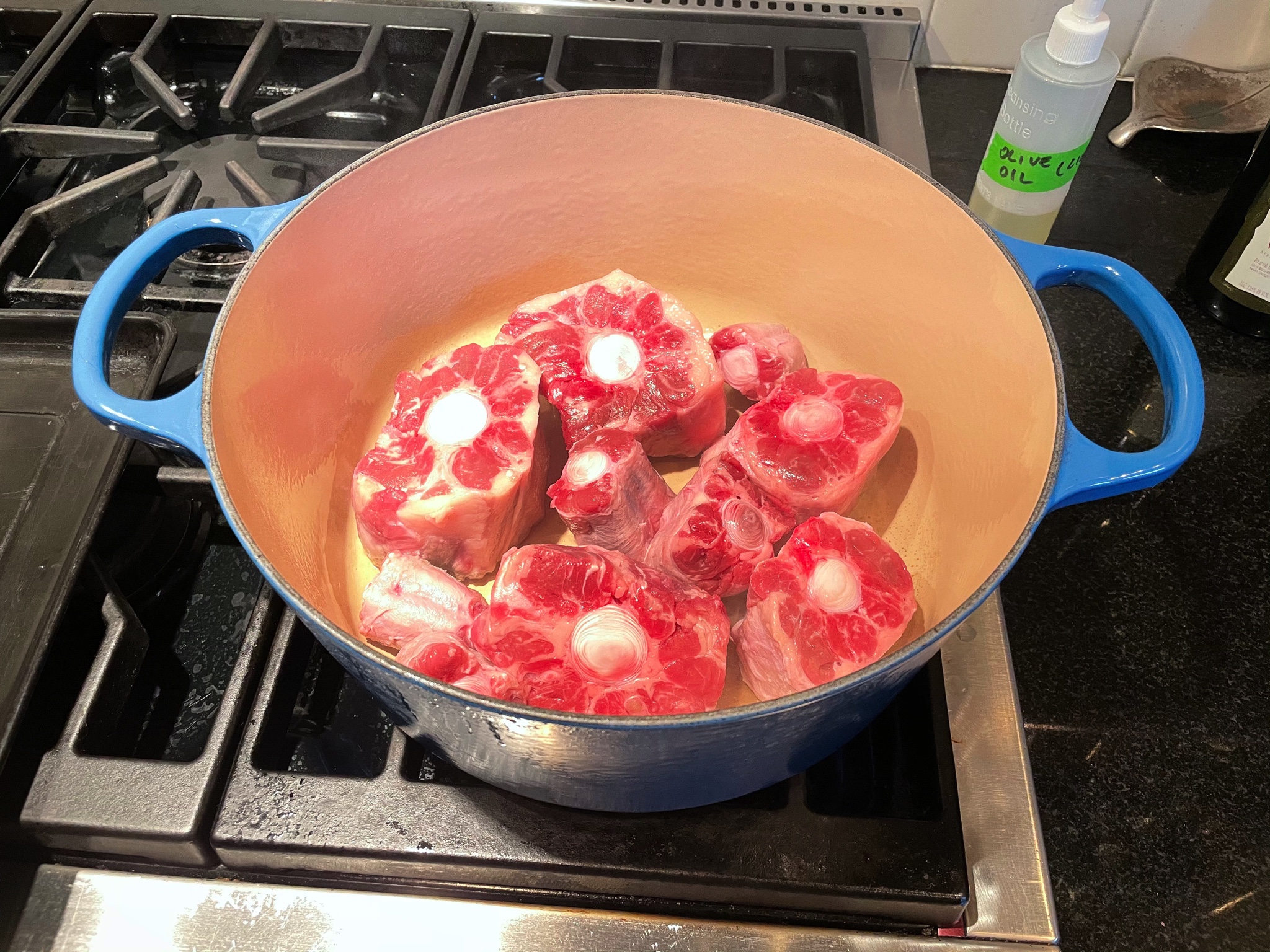 In Dutch oven, heat oil and sear oxtail and remove from pot. 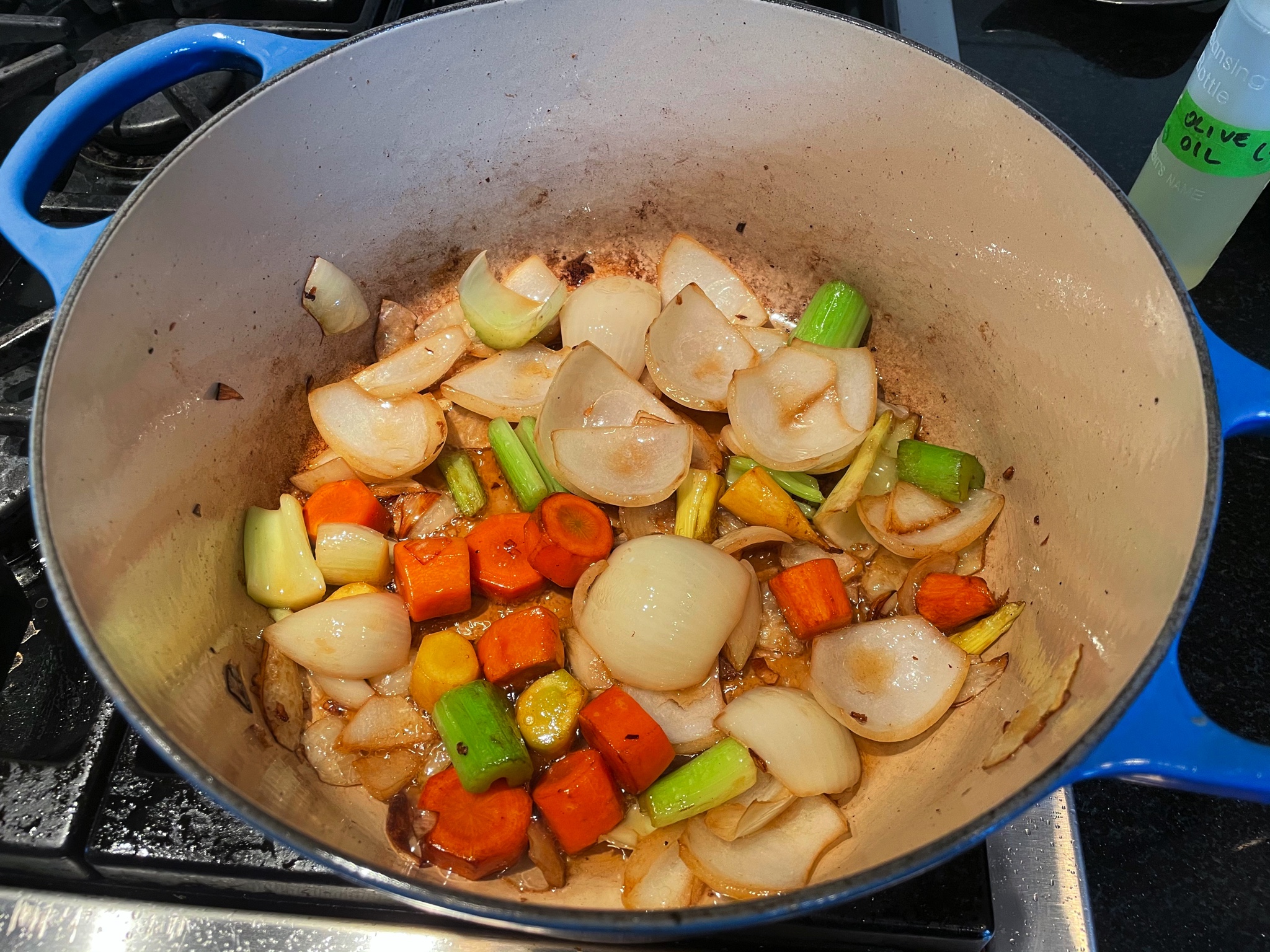 Add celery, onion, carrot and sauté until it starts to turn brown. 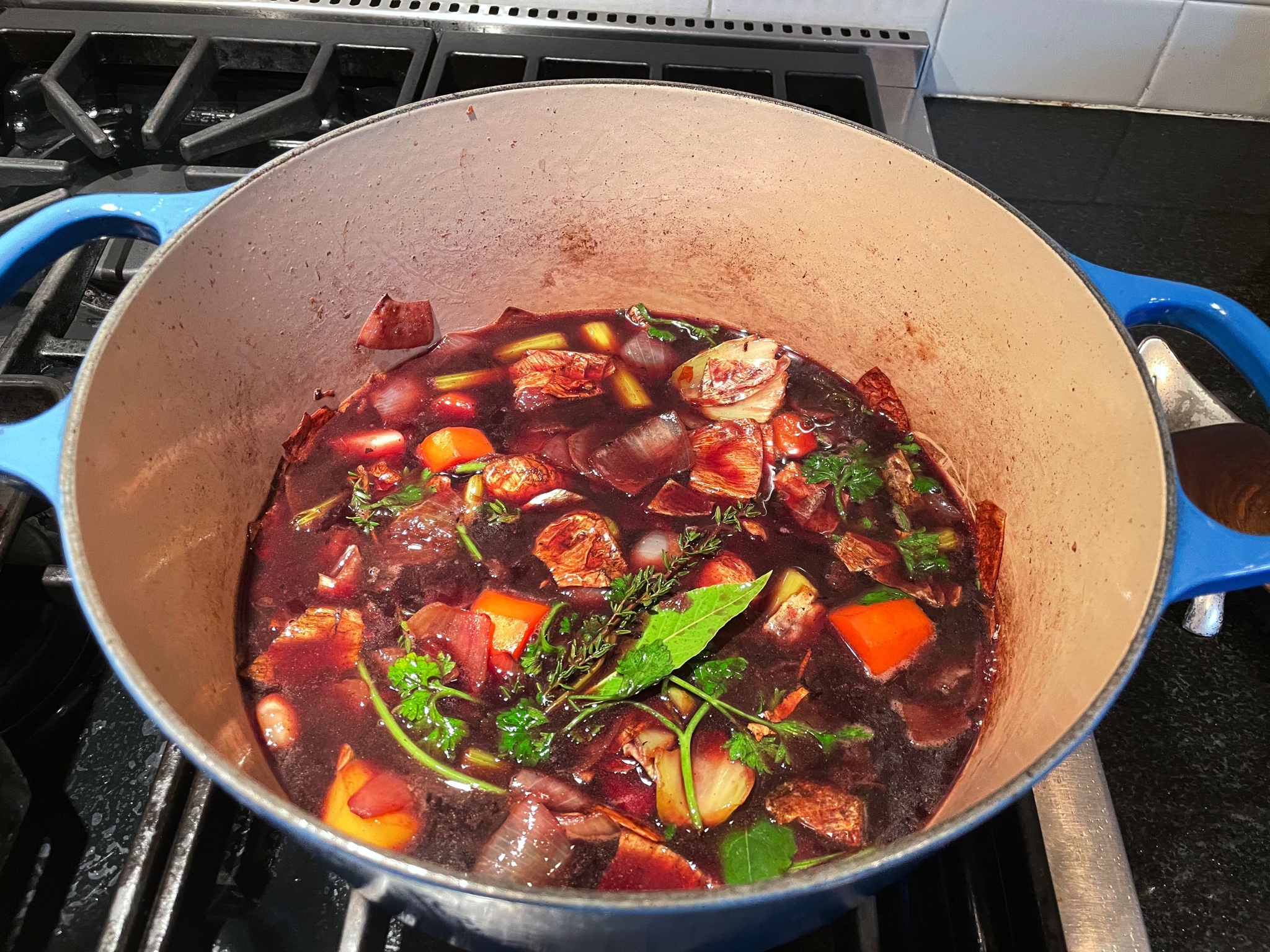 Add wine and deglazeDeglazing
Adding wine or other liquid to a pan after searing or browning meat or vegetables to help dissolve and remove the brown bits stuck to the pan. These brown bits are very tasty but can burn and become not-tasty. Alcohol helps dissolve, but it is usually best to allow some of the alcohol to evaporate. Alcohol will evaporate faster if it is allowed to boil if there aren't other liquids mixed with it. Therefore, it is preferrable to deglaze after the solids and before putting in the sauces..

Add chicken stock and put oxtails back in pot. Bring to a boil and simmer, cover and cook until the meat is very tender - about 3 - 3 ½ hours. 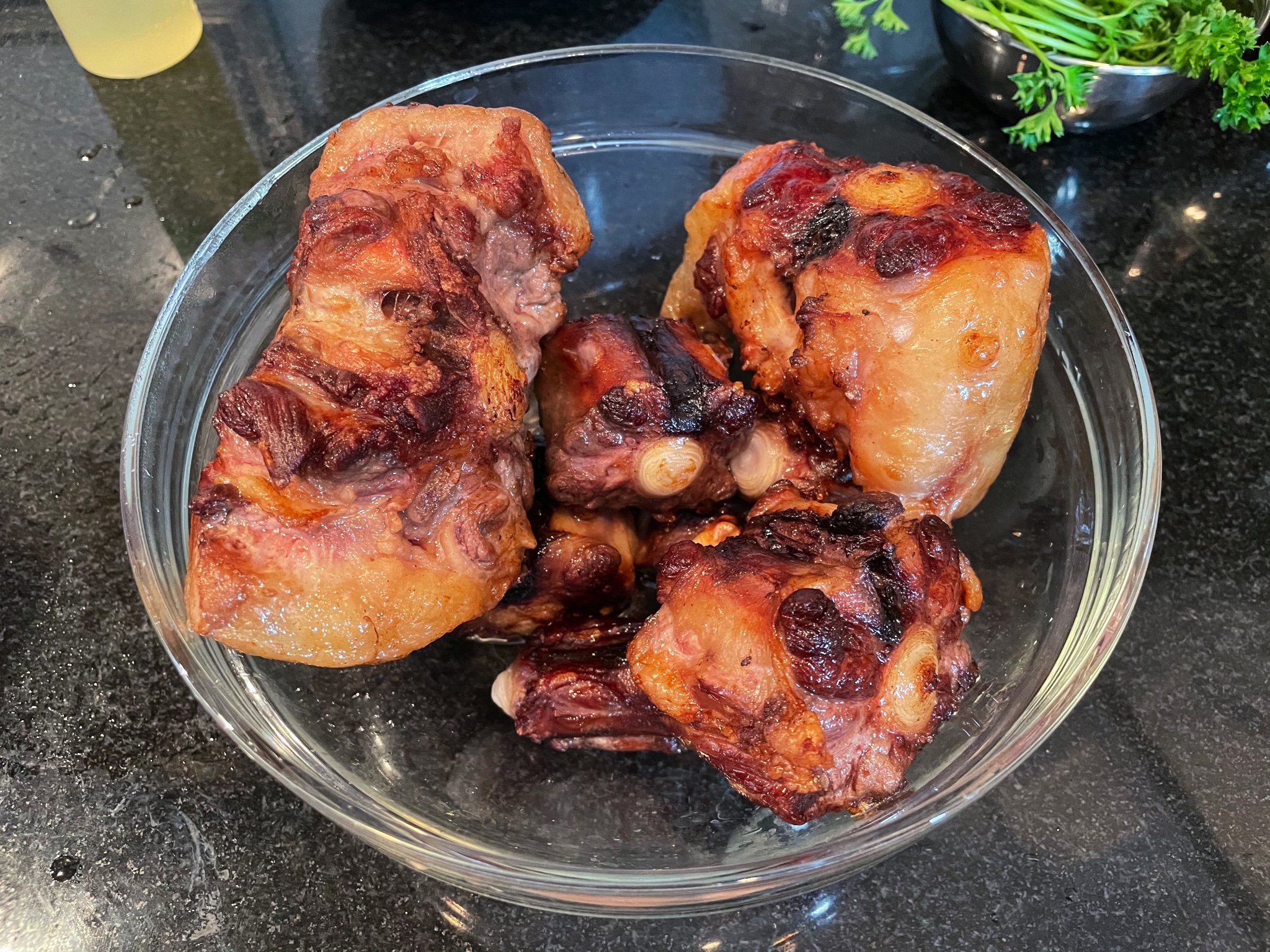 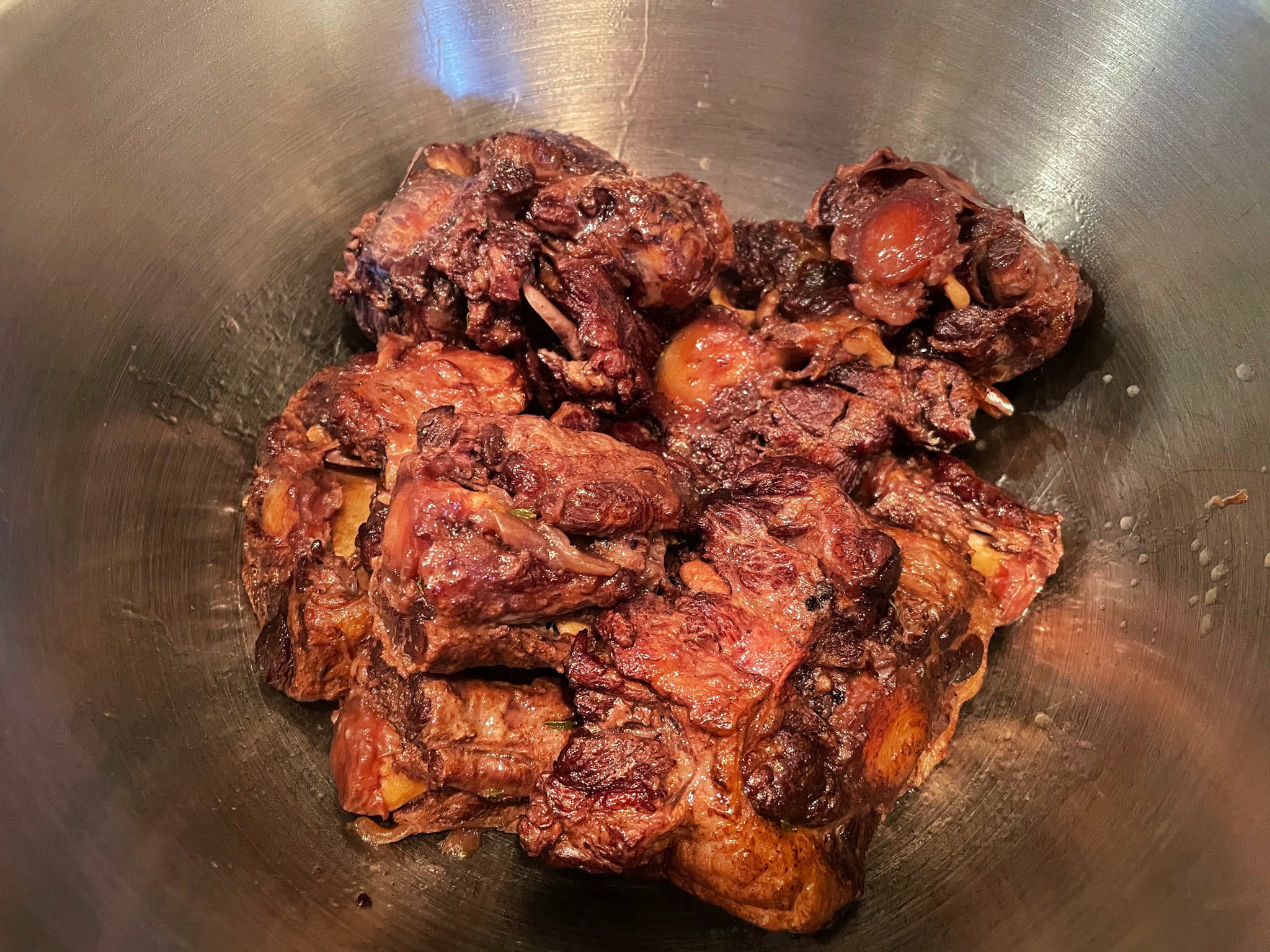 Remove oxtails and allow to cool enough to handle. Remove meat from bones and keep for something else.

When getting ready to serve prime rib, heat the liquid and simmer until reduced and thicker.

Season to taste with salt and pepper.