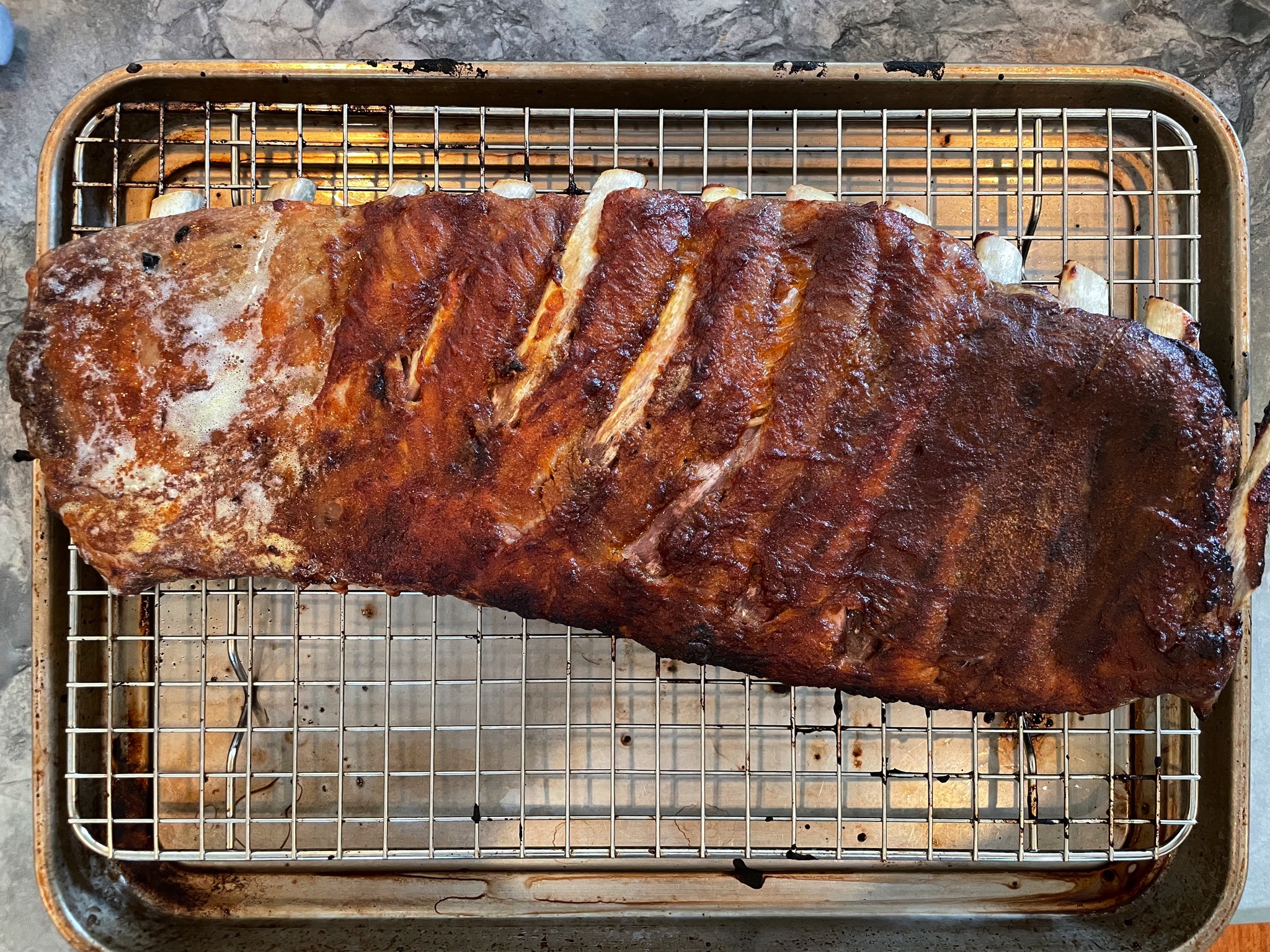 (Didn't put BBQ sauce on the left side in case it was too spicy for Mizuka. It wasn't.)

Upgraded my BBQ sauce recipe based on Steven Raichlen's recipe. Switched to real Worchestershire, added liquid smoke and added the step of simmering the sauce for 15-20 min. The sauce was MUCH better than my old recipe.

I used the Anova recipe for the ribs which is basically season, then cook at 100% steam / 164ºF for 8+ hours. Then coat with BBQ sauce and sear. I cooked them for 10 hours. They were REALLY good. The best ribs so far.