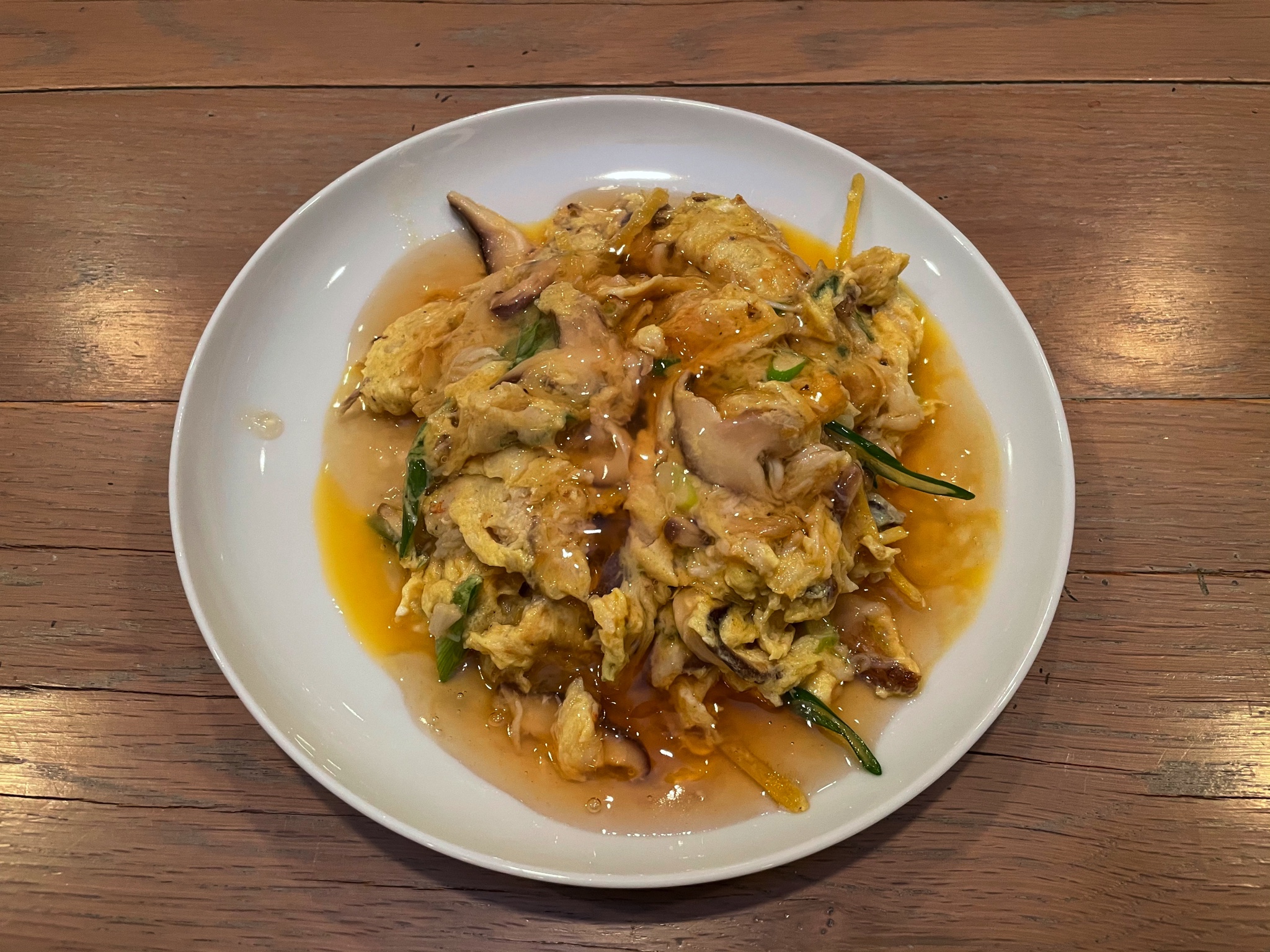 Break eggs in bowl and mix with a dash of salt, pepper, sugar and 2 tbsp of Shaoxing wine and mix gently without frothing.

Combine all ingredients except potato starch for sweet and sour sauce in a bowl.

Heat wok slowly to make sure that the entire wok is hot, then turn to high heat. Check for the Leidenfrost effectLeidenfrost Effect
Attribution: Vystrix Nexoth at the English Wikipedia The Leidenfrost effect, according to Wikipedia: The Leidenfrost effect is a physical phenomenon in which a liquid, close to a surface that is significantly hotter than the liquid's boiling point, produces an insulating vapor layer that keeps the liquid from boiling rapidly. Because of this 'repulsive force', a droplet hovers over the surface rather than making physical contact with the hot surface. This is most commonly seen when cooking, w..., which is key to getting everything cooked properly and not stick to the pan.

Transfer to bowl and clean wok.

Add egg mixture and green onions to bowl and fold together.

Heat wok, add 1 tbsp light oil and pour egg mixture in. Once the edges start to solidify, fold the egg in on it self and cook without mixing aggressively. Before it is completely set, remove everything from wok.

Add sweet and source mix to wok and heat. After boiling, slowly mix in potato starch/water mixture until the sauce becomes thick.

Pour the sauce over everything and serve.