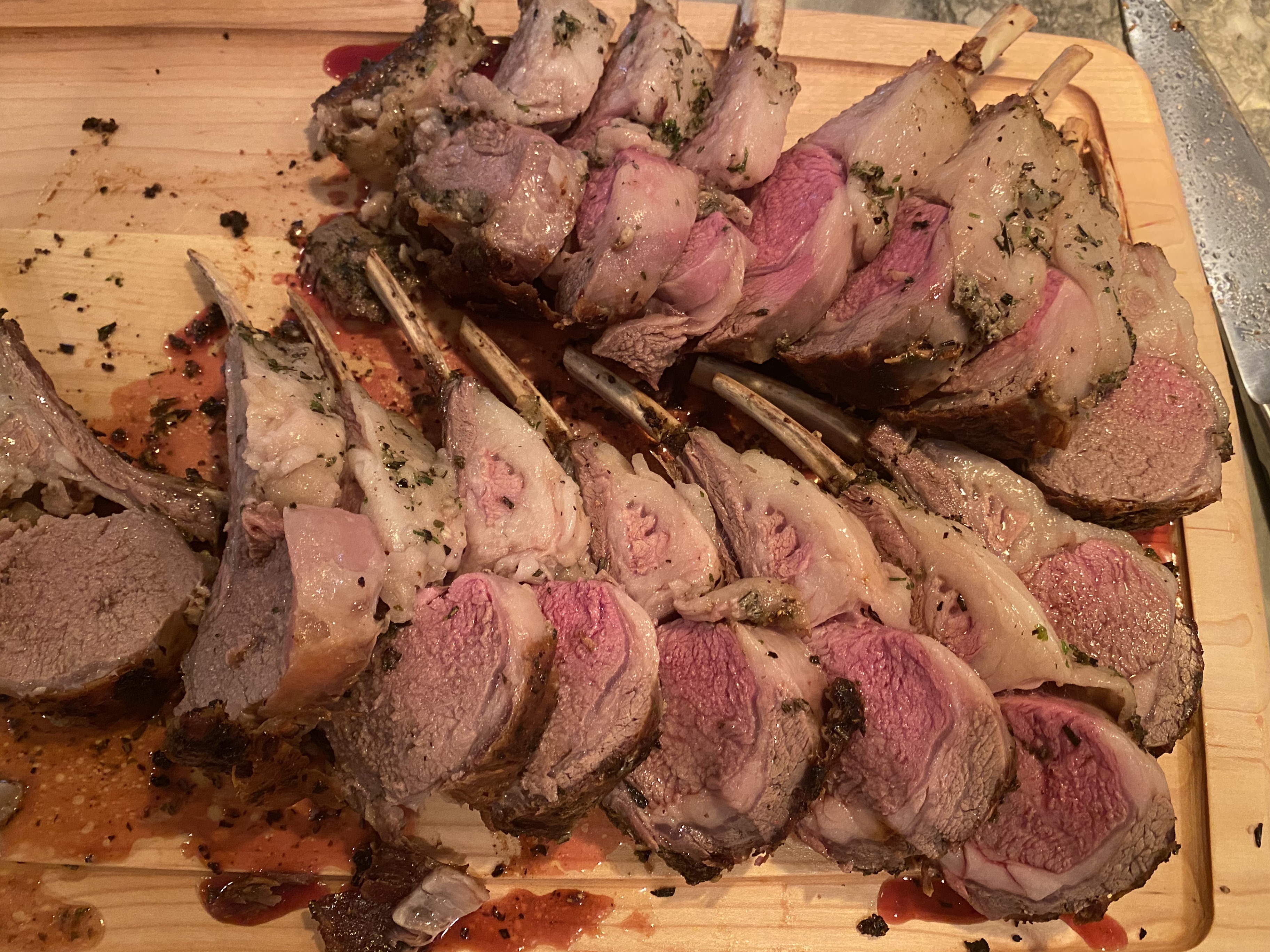 Mizuka was talking to our house guest* who doesn't like lamb. Mizuka explained that she didn't like lamb either but that she started liking it after she first had a Crown Roast of Lamb over the holidays that we bought from Savenor's so we decided to try it to see if it would change our guest's taste.

I looked at three recipes and decided to dry brine over night but to add the spice rub at lunch. I think I could have spiced it last night as well, but it was late. I thought that the salt was probably the most important.

I used 2 tbsp of fresh rosemary, 6 garlic cloves, 1 tsp of dried oregano, 2 tbsp of chopped parsley, 1/2 tsp of lemon zest, 1 1/2 tsp salt, 1 tsp of ground pepper, 1 tsp of fresh thyme. I dry brined the lamb from the morning, then oiled the lamb with light olive oil and spread the rub over the lab. 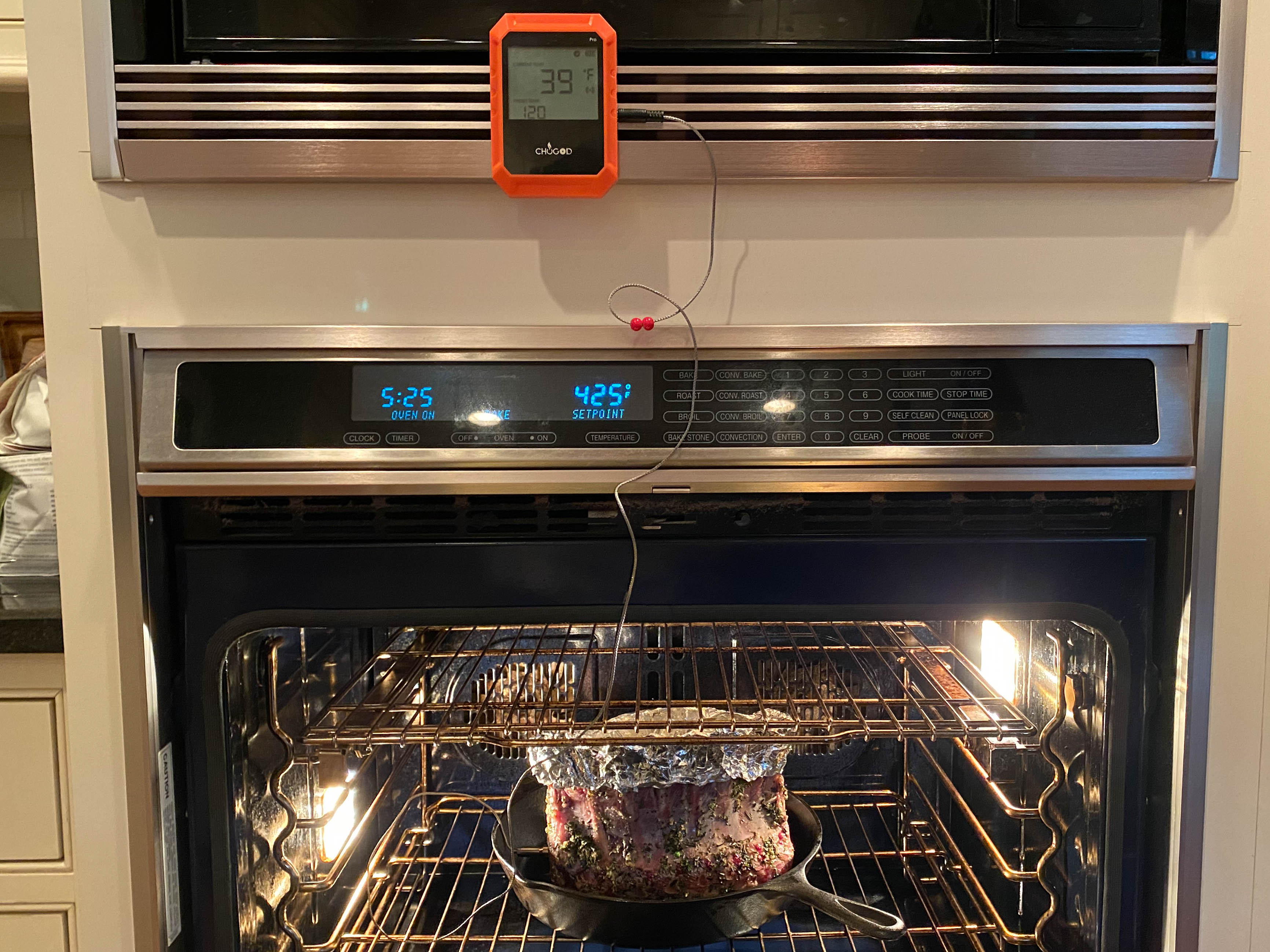 I set the oven to 425ºF and roasted it on a skillet (heated together with the oven) and covered the bones with foil. I put a thermometer into the meat with an alarm at 125ºF. 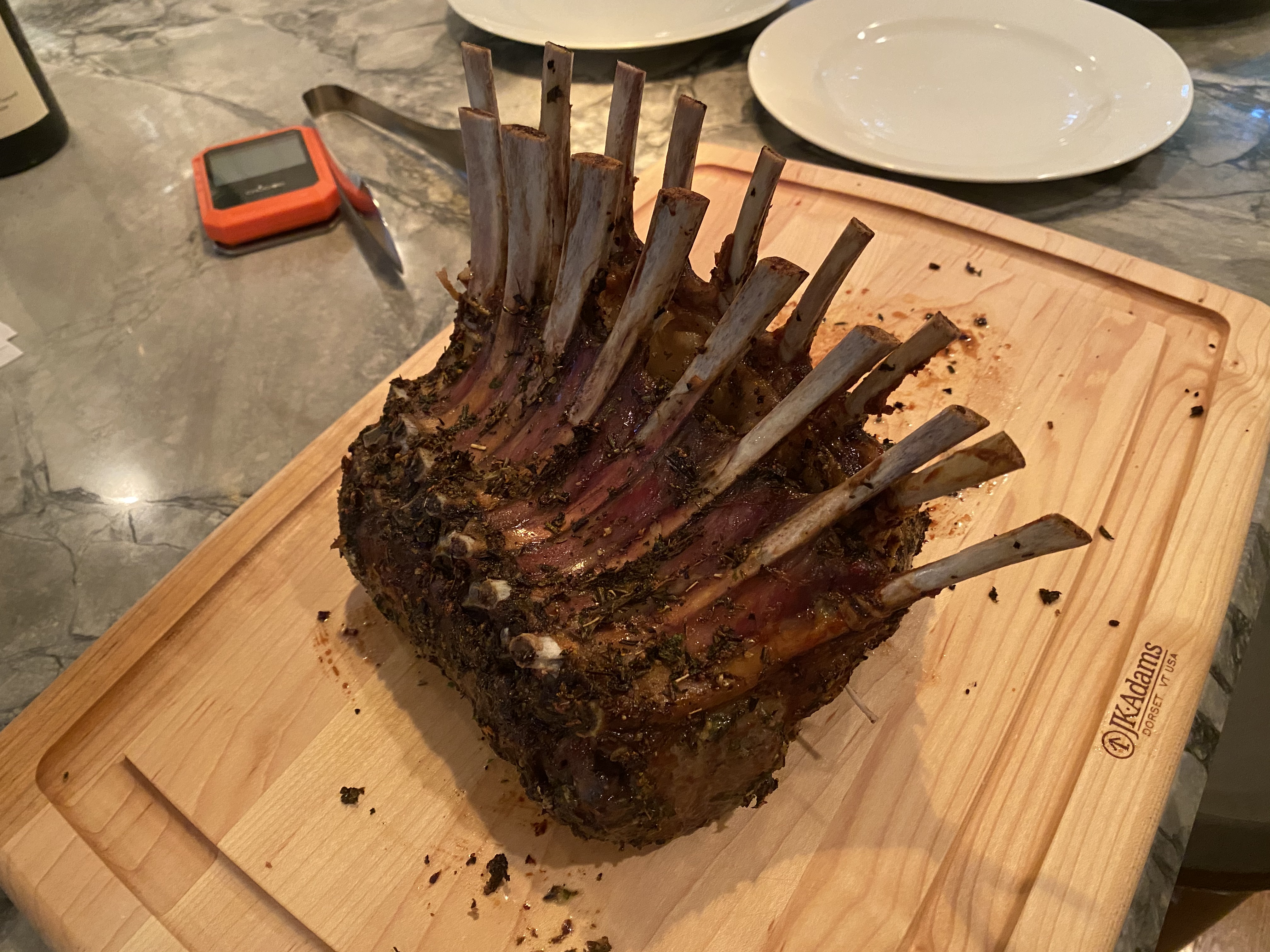 I forgot to take a photo of the crown before I cut the twine. This is roughly the shape that it was, but maybe not quite as flat.

It took nearly one hour to cook. I now realize that this is probably because the "hole" in the middle was gone because it was shaped more like pursed lips than a crown because of the way it came from Savenor's. I think that next time, I need to shape it into a crown and maybe tie the two ends together to hold it in that shape.

The Food Network recipe said to use the drippings to make a sauce with 1 tbsp vinegar and 1 tsp of Dijon mustard. The pan drippings were almost all oil which was too hot. Next time, I should remove the oil and cool down the pan before adding the vinegar and the mustard.

I compiled this into my own Crown Roast of Lamb recipe

* We have had a family of friends with two kids living in our au pair since early in the lockdown. It's been fun cooking with and for them.